Advertisement
The Newspaper for the Future of Miami
Connect with us:
Front Page » Government » Miami speeds to resolve Virginia Key Marina bid battle 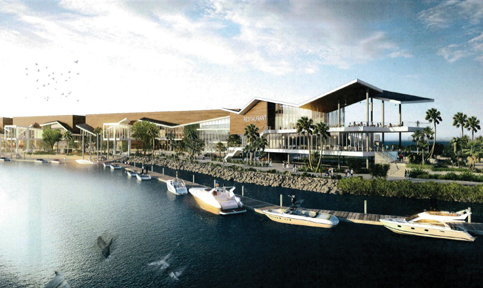 With new players in the mix, the Miami City Commission has called for a special meeting next month to discuss the future of Virginia Key Marina.

The city administration asked for the commission to defer the marina items.

But Commissioner Alex Díaz de la Portilla wanted to discuss the pending marina redevelopment, calling it the “poster child for lack of finality.” The special meeting would be his first time tackling the complicated deal that’s pestered present and past city officials.

“Miami of all cities doesn’t have a world-class marina. And to me, that’s shocking,” he said.

The city issued a solicitation for the marina back in 2017, through which Virginia Key LLC was determined to be the top bidder. Soon after, Rickenbacker Marina, the marina’s current operator and the second-place bidder, filed a bid protest. The process has been bogged down with litigation, on-the-floor debates between the bidders’ attorneys, and concerns from the commission over the firms. A lease agreement would also need to go to voter referendum.

Commissioners asked for City Manager Art Noriega’s recommendation, saying the commission has a stale recommendation from the previous manager.

Mr. Noriega said the ongoing dispute is a travesty that’s led to years of lost revenue for the city. He said he would make a recommendation when he spoke with the commissioners individually and suggested giving time for the current tenant to respond to the ongoing audit.

During the discussion, Commissioner Manolo Reyes once again floated the idea of the city managing the marina.

However, both Commissioners Ken Russell and Joe Carollo said they opposed the city managing the marina.

Mr. Russell said Dinner Key Marina’s lingering damage from Hurricane Irma back in 2017 shows that the city should look for a partner.

“If you really want a state-of-the-art modern marina, I think we need to find the right partners for that,” he said.

Commissioner Keon Hardemon, who will be vacating his seat next month as he competes in a runoff for a seat in the county commission, recognized that not all commissioners had dealt with the pending marina deal. Commissioners said they wanted to meet to discuss the redevelopment before he leaves the commission.

“It’s a monster of an item to inherit, and I think it is fair if you were asking to have a meeting dedicated to it because it’s such a big issue,” Mr. Hardemon said.

Commissioners expressed frustration with those options and bounced the idea that the city manager could select another firm based on the solicitation.

“We’re setting ourselves up for failure by having a procurement process that doesn’t allow us to pick number 2 or number 3,” Mr. Díaz de la Portilla said, “because all of sudden number 1 says ‘no, you have no other option. This is the way it was set up. You have to pick us.’”

Auditor General Ted Guba said he hoped to have a final audit by the end of the month, in time for the special meeting.

The proposed lease agreement with Virginia Key LLC, a joint venture of RCI Group and Suntex Marina, consists of a 45-year-lease with two 15-year renewals that would see the city earning annual rent of $2.2 million and 6% of revenues, with the base rent raised annually.