Advertisement
The Newspaper for the Future of Miami
Connect with us:
Front Page » Business & Finance » Velocia app that encourages alternative transit expanding 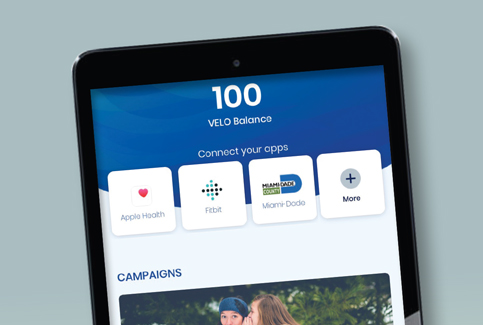 Velocia has only been around a short while, but the app startup that encourages people to use alternative transportation modes is continuing to expand both the services it offers and its footprint in Miami-Dade County.

“When you think of amenities traditionally in the residential or condo space, you think of a pool or a gym,” Velocia CEO David Winterstein told Miami Today. “Through our discussions with [Florida East Coast Realty Senior Vice President] Austin Hollo and his team, we’ve really found an opportunity to provide this service that helps residents to think about different ways to get around Miami.”

Sites for similar arrangements here would be determined by where Velocia’s partner companies offer services, he said, and “as the ecosystem grows, there’s opportunity to extend [this model] to other areas.”

To speed development, winning team City.move later merged with Toronto-based Velocia, and today the company’s funds come from venture capital, angel investors and a percentage taken from transactions through the app.

The app, which can link to Apple Health, Google Health and Fitbit, provides an array of public and private mobility partners, including Miami-Dade Transit, Bolt, Jump, Getaround, Swiftseat and Citi Bike.

“Partnering with Velocia helps us accelerate our mission to reduce Miami gridlock and create a healthier and more sustainable community for everyone living and working in the region,” Mayor Giménez said last year.

Users behaving certain ways earn the app’s native points system, Velos, which in turn can be redeemed for free or discounted services from participating mobility providers, including its partners and other popular platforms like Uber and Lyft.

For example, a user now who refers a friend to the app and takes three daily surveys earns enough Velos for a $5 Bolt scooter credit, and signing up for a monthly Citi Bike subscription earns enough credits for a $5 discount on Lyft (although some services are offline amid coronavirus closures).

Everything on the platform is mobility-specific. Users can’t earn coupons or discounts for Target or 24 Hour Fitness. And the options and point structures are designed to free people from the confines of their cars while reducing congestion, carbon emissions and the dread that accompanies rush-hour commutes.

“If you complete a walking behavior coupled with a Metrorail ride and scooter rental, for instance, you’ll be able to access certain redemptions,” he said. “It’s kind of the first time we’re going to truly pair the campaigns of multiple partners, and we’re going to unlock access for Uber and Lyft redemptions, which are among the most popular redemptions but are sometimes difficult for users to access.”

Mr. Winterstein said downloads of the app have doubled to 10,000 since early December, and in that time Velocia had a quarter-over-quarter ridership uptick of 15% on its platforms.

And as the app grows, so do the quantifiable benefits for its partners.

“About 10% of the people who connected their [Miami-Dade County] app through their [county transit] Easy Card identified as new users, meaning they’ve gotten an Easy Card as a result of Velocia,” he said. “That’s a really exciting number that we’re thrilled about, especially at such an early stage of the company.”