Advertisement
The Newspaper for the Future of Miami
Connect with us:
Front Page » Profile » Joe Chi: Adding global ties as he heads growing CAMACOL 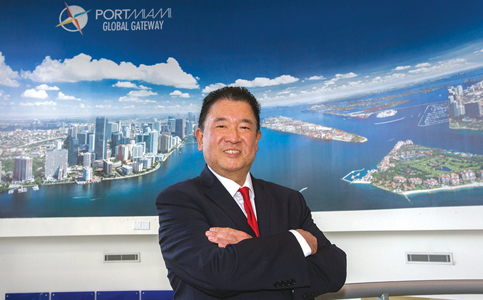 CAMACOL has long been a resource for Hispanic and Latino entrepreneurs in Miami and across the country. Founded in 1965, the Latin Chamber of Commerce of the United States has helped local businesses navigate the bureaucracy in Miami. But it has also served as a conduit between the US, Latin America, Europe and increasingly Asia, helping facilitate trade negotiations between businesses across the world.

Leading the charge is Joe Chi, an experienced businessman who stepped in as president back in September 2019 after more than 20 years as a CAMACOL member. He comes with a wealth of knowledge in both the private and public sector, also serving as the president of the Florida Adult Day Care Association and founder of the China Latin American Trade Center.

Informing his professional life is his multicultural background. Mr. Chi was born in Havana to  Chinese parents. He co-founded Maxim’s Import Corporation, which saw him doing business in the US, Latin America and Asia. He said his experience in working  with businesses across the Americas has afforded him the understanding of the Hispanic and Latino population’s diversity. He sold the company back in 2007, and has since continued his focus on helping boost commerce for Latin American and Chinese businesses.