Advertisement
The Newspaper for the Future of Miami
Connect with us:
Front Page » Top Stories » Homestead Air Reserve Base in line for 24 combat aircraft

Homestead Air Reserve Base in line for 24 combat aircraft 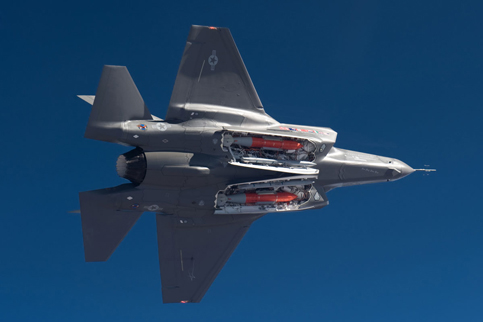 Environmental studies underway for two years to determine whether Homestead Air Reserve Base will get two 24 F-35A combat planes should be finished in summer, said US Air Force spokesperson Laura M. McAndrews.

The Homestead Base is one of four under consideration to receive the new aircraft, which will replace outmoded F-16s now in use – but right now a competing base in Fort Worth is the frontrunner.

“Air Force officials announced Naval Air Station Joint Reserve Base in Fort Worth, TX, as the preferred location for the first Air Force Reserve-led F-35 base in January 2017,” Ms. McAndrews said, “but Davis-Monthan Air Force Base in Arizona, Homestead Air Reserve Base and Whiteman Air Force Base in Missouri are considered reasonable alternatives during the environmental analysis process that must be completed before the Air Force makes a final basing decision.”

The F-35A’s advanced sensors gather and distribute more information than any fighter in history, according to Military.com, one of the largest online military and veteran membership organizations in the country – making the new fighter jet “an indispensable tool in future homeland defense, joint and coalition irregular warfare, and major combat operations.”

Homestead Air Force Base, which officially opened in 1942, was virtually demolished by Hurricane Andrews in 1992. After massive rebuilding it was re-designated Homestead Air Reserve Base in 1994.

In fiscal 2018, the economic impact of the base on South Florida totaled more than $331 million, up 50% from 2008, according to the base finance office. This figure includes more than $185 million in construction, services and material contracts to local businesses. Its website says the base employs more than 1,400 persons full-time who live in Homestead and South Dade. Another 1,700 Air Force reservists drill monthly at the base.