Advertisement
The Newspaper for the Future of Miami
Connect with us:
Front Page » Communities » Miami-Dade looks to a Center for Genetics of the Americas

Miami-Dade looks to a Center for Genetics of the Americas 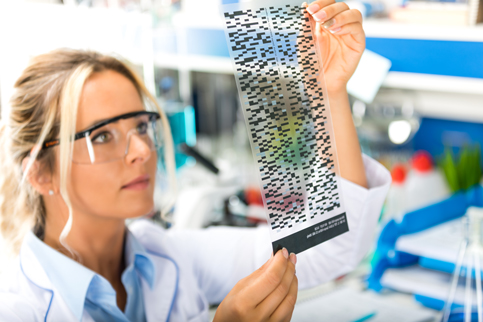 While Miami-Dade is already working to attract genetics-focused organizations and businesses, more can still be done, including the possible creation of a Center for Genetics of the Americas, Mayor Daniella Levine Cava’s administration says.

The genetics industry – which encompasses life science, healthcare, agriculture and genomic research, among others areas – is one of several sectors targeted in the Beacon Council’s “One Community One Goal” economic development initiative.

Miami-Dade is “well-positioned for growth in this sector,” a report from Ms. Levine Cava’s office said, but “a more targeted campaign could be developed to present opportunities available to prospective operators and developers, through the Beacon Council, to entice the further development of this industry” in Miami-Dade County.

That directive by Javier Souto followed a report the Mr. Giménez’s office published in November 2018 outlining genetics work being done in the county, including at several universities, Nicklaus Children’s Hospital’s Division of Genetics and a fish farm.

Miami-Dade, the 2018 report said, was “well-positioned for growth” in the genetics industry.

Among them is the University of Miami’s Converge Miami, formerly known as Life Science Technology Park, whose site at 1951 NW Seventh Ave. would be “the optimal location” for the genetics center Mr. Souto first proposed in early 2018.

Other areas, including county-owned land near Homestead Air Reserve Base and the Homestead Park of Commerce, would also be appropriate, the report said.

Programs at those facilities now are helping to train the workforce needed to sustain a larger genetics industry here, the report said.

Ms. Levine Cava’s office went on to note that the University of Florida’s Tropical Research and Education Center (TREC), also in Homestead, is “developing cutting-edge work with plant genomics to facilitate agriculture investment.”

TREC, the report said, “houses extensive laboratories and two full-time geneticists, one focused on tropical fruit and the other on vegetable development.”

Both have begun to work with CRISPR, a gene-editing tool with wide-reaching uses and potentially world-changing impacts.

In March, researchers from the University of Santa Barbara used CRISPR to target a gene to nullify fertility in male mosquitoes that could then be transmitted to females.

A recent study by scientists from the University of Pennsylvania and biotech firm Verve Therapeutics used the tool to lower LDL cholesterol in cynomolgus monkeys by 60% in one week, with the change remaining stable for at least eight months after a single treatment.

Ms. Levine Cava’s report suggested the county continue to urge the University of Florida to add more funding to TREC and seek other fund sources so further investments could be made in the facility.