Advertisement
The Newspaper for the Future of Miami
Connect with us:
Front Page » Transportation » Miami-Dade’s first fleet of electric buses draws nearer 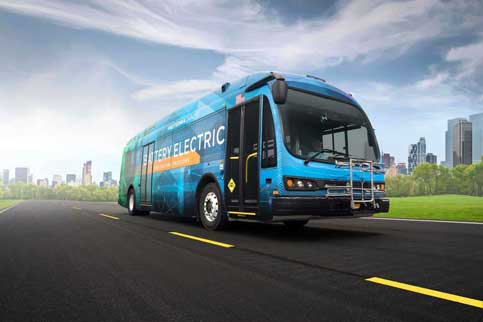 Miami-Dade is close to ordering its first fleet of electric buses.

Some $4 million in federal funds and “possibly more [from] this year’s allocation” will help pay the cost, she said.

“Every zero-emission bus [can] eliminate 1,690 tons of carbon dioxide over its 12-year lifespan,” she wrote. “This is equivalent to taking 27 cars off the road.”

But despite a 32% leap in stateside purchases of e-buses in 2018, according to a report from Bloomberg New Energy Finance, global adoption of the newer technology lags far behind China, whose staggering 421,000 e-buses comprise 99% of the total.