Advertisement
The Newspaper for the Future of Miami
Connect with us:
Front Page » Business & Finance » Bayside Ferris wheel no big deal, board hears 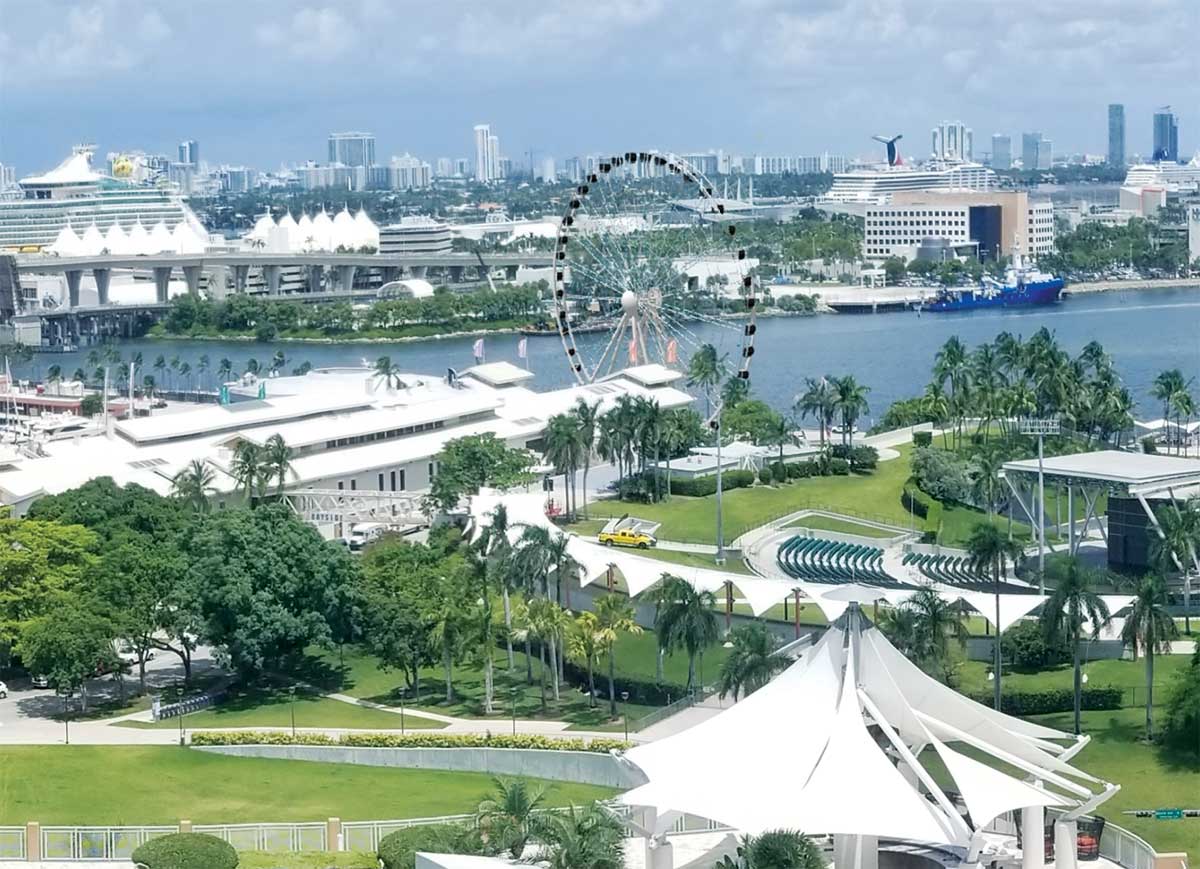 The proposed Bayside Ferris wheel would be a fifth the size of the London Eye, the quintessential amusement ride of its kind.

That was one of the several tidbits shared by project zoning co-applicants Sky Views of America and Bayside last week to dampen any impression that the attraction would disrupt downtown’s skyline. In renderings by both the city and the applicants, the Ferris wheel could be seen overwhelmed by the nearby buildings.

“The scale of this is really tolerable,” said Miami Planning, Zoning and Appeals Board member Adam Gersen. “It makes sense, it’s not out of scale… It actually looks tiny compared to the entire site.”

The city board approved by an 8-1 vote a recommendation that the Miami City Commission approve installation of the amusement ride as well as a waiver for more height than is currently allowed under the current zoning, which is 123 feet.

The observation wheel, as Sky Views prefer to call it, would stand 176 feet and feature LED lights on the spokes stretching from the center hub and on the ring beam, said Robert Soos of Sky Views.

Board member Alex Dominguez asked about the safety of the amusement ride, citing stories in which people die in Ferris Wheel accidents, and the installation’s hurricane preparedness.

Mr. Soos said the ride will have enclosed cabins, so people won’t be able to exit once the ride begins. He also said that the observation wheel would be able to sustain 150-mile-an-hour winds, and that a three-day plan to pull down the entire wheel except for the legs and the axle is also in place were it necessary.

Mr. Dominguez, the only board member to vote against the resolution, also said that in his opinion, the wheel “almost cheapens the downtown skyline.” Mr. Soos responded that the company’s attractions had been well-received in other cities around the country.

Board member Andres Althabe said the Downtown Neighbors Alliance had conveyed their comfort with the project, saying that they had positive conversations with the applicants on the sky wheel.

Sky Views and Bayside aim to have the attraction installed before Super Bowl 2020, to be held Feb. 2 at the Hard Rock Stadium.

11 Responses to Bayside Ferris wheel no big deal, board hears