Advertisement
The Newspaper for the Future of Miami
Connect with us:
Front Page » Top Stories » Coral Gables waffles over accepting free sculpture 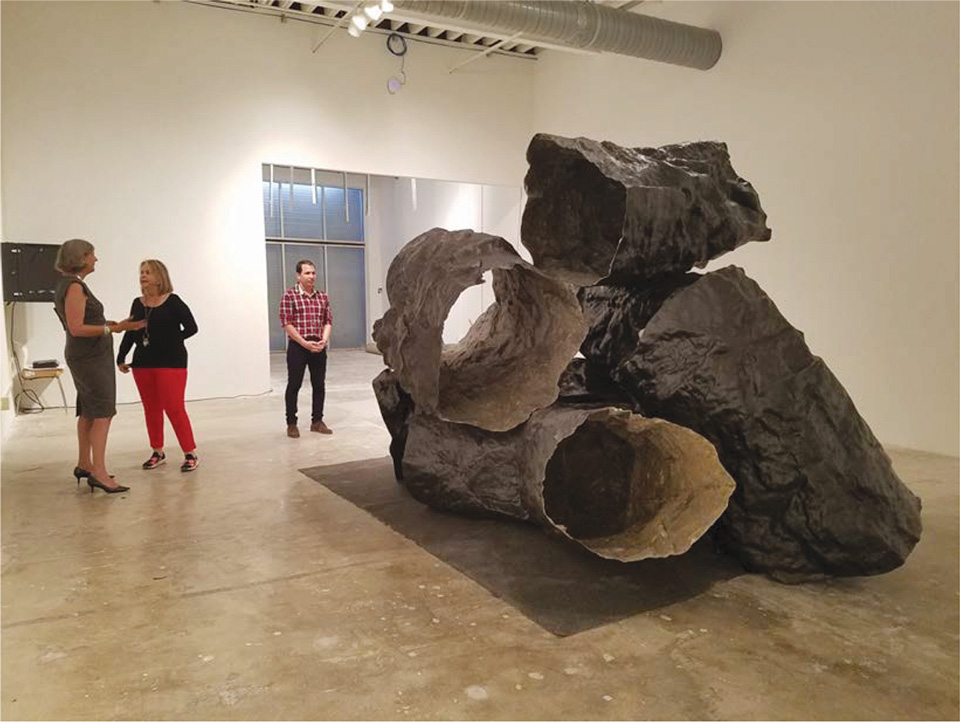 A 7-foot-tall piece of art made of very large brown fiberglass tubes bolted together could be on its way to Coral Gables as a donation from the Cisneros Fontanals Art Foundation.

The piece, titled “Vacuus,” is by Colombian artist Fredy Alzate Gomez. Vacuus is Latin for “to be empty.” It is meant to represent the concept that the Colombian economy is based on the exploitation of the landscape, particularly by mining. The “fairly” fragile piece, which would probably require a lot of maintenance if placed outside, has also raised concerns about safety since it has sharp edges and could injure someone.

The artwork is six separate pieces created from castings of gold mine shafts and constructed of painted fiberglass.

The city commission passed a resolution Nov. 13 accepting the donated piece contingent on finding a location for it. City staff are to return to the commission in December with an idea for a location and an analysis of what maintenance would be necessary if the piece were to be outdoors. Then in two months, city staff are to come to the commission after hosting neighborhood meetings to make sure surrounding residents are willing to have the art in their neighborhood.

Coral Gables’ Arts Advisory Panel previously recommended acceptance of the piece but have it placed in a covered area or inside because of its material and design, combined with the risk that someone could be harmed by the sharp edges or by trying to climb on it. The panel deemed the piece unsuitable for the outdoors, though Mayor Raúl Valdés-Faulí said it is meant to be outside.

The Cultural Development Board unanimously recommended that the donation of art not be accepted at all for the same concerns the Arts Advisory Panel and several of the commissioners had – that it is a safety hazard and will deteriorate quickly out in the elements.

“This is the last piece of art that I am going to suggest be donated to the City of Coral Gables. I have never seen a more negative attitude than our arts council,” Mr. Valdés-Faulí said. “The fact that outdoor things need to be maintained is a logical thing. It’s natural.”

One Response to Coral Gables waffles over accepting free sculpture