Advertisement
The Newspaper for the Future of Miami
Connect with us:
Front Page » Real Estate » Bayside Marketplace unveils a basket of upgrades 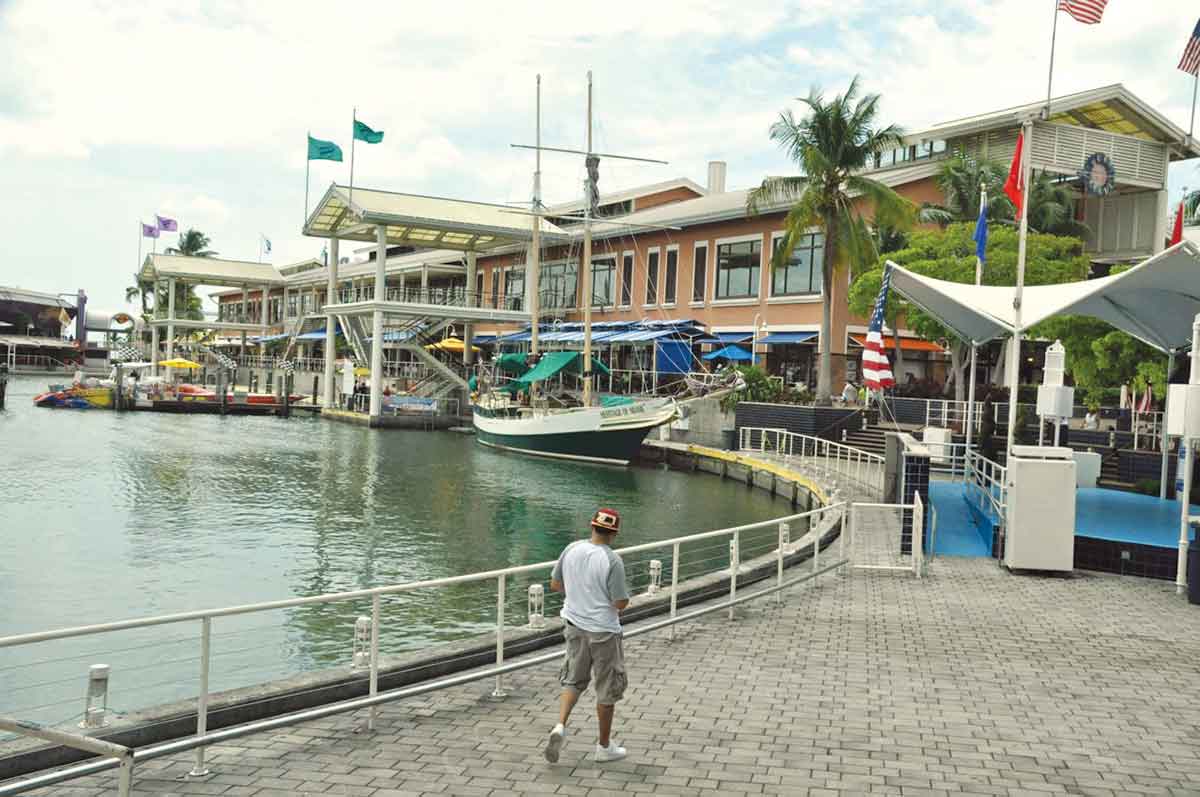 The north and south buildings are experiencing simultaneous renovations. Elevating portions of Bayside is underway for the north side. The first floor of the building will be elevated and a food pavilion will grace the waterside. The south building boasts new awnings and 80% of the façade wears a fresh coat of paint.

Sightseers not only can expect to see renovated spaces at the shopping center dating back to 1987 but also new pop-up vendors and stores. Perry Ellis’s Original Penguin opened shop and a sports goods store is on its way.

Other retailers are on their way to the site on Biscayne Boulevard on downtown Miami’s bayfront. Ms. Weller said, “We’re working on a lot, but none that I can really share.”

The immediate next steps involve preparations for upcoming events. Ms. Weller is lining up entertainment options to attract the stream of Heat fans attending games this fall in the area. A concert series is lined up offering 16 new acts running from November through December.

Modifications to the landscaping will occur soon, including benches and a redesigned flag, Ms. Weller said – “small things like that, but when it all comes together it looks really nice. Should be within the next two months.”

An expansion of the garage, the next large-scale project, is in the works. Ms. Weller expects to receive drawings from engineers in the next 60 days. Her team will have to seek bids for the project and it would then break ground in nine to 12 months. Although she has yet to hear what engineers are planning, she said she understands the amplification will need to go higher rather than wider.

Visitors can expect one of the two separate units comprising the garage to be closed while construction occurs. Each side will probably hold two new floors of parking offering a total of 452 spaces.

Added parking spaces are expected to provide enough room for visitors flocking to the site after renovations are completed and to SkyRise Miami. Engineers are currently excavating land for the latter project. A press conference providing an update on developer Jeff Berkowitz’s plans is expected for November.

Ms. Weller said, “We’re excited about it. There’s a lot of activity back there right now.”

3 Responses to Bayside Marketplace unveils a basket of upgrades