Advertisement
The Newspaper for the Future of Miami
Connect with us:
Front Page » Business & Finance » Downtown Miami’s largest office lease gets boulevard penthouse

Written by Katherine Lewin on May 15, 2018
Advertisement 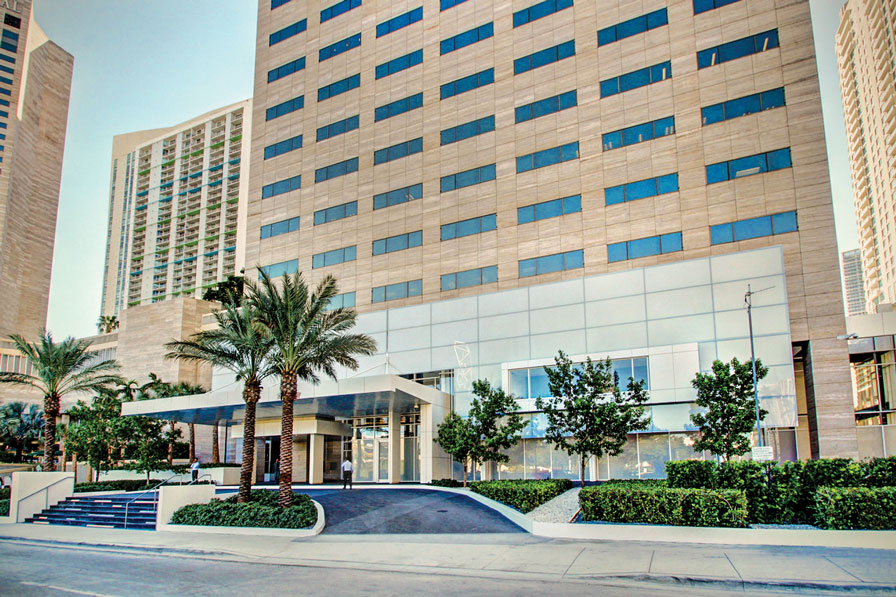 Downtown Miami just saw its largest office lease in 2018 signed and secured. Duane Morris LLP is the new penthouse tenant at the CitiGroup Center with the help of Tower Commercial Real Estate.
Duane Morris LLP is making a short jump from its current location at 200 S Biscayne Blvd. to its new offices at 201 S Biscayne Blvd. According to Jon Blunk, president of Tower Commercial Real Estate, the law firm reduced its space by 7,000 square feet and will save money in the long term.
The firm’s new space is 23,128 square feet with unobstructed views of the bay. The long-term lease is valued at $16.8 million and it begins in October. Cristina Glaria, the director of Tower Commercial Real Estate, declined to say exactly how long the lease lasts.
The penthouse office’s previous tenant was the law firm Ferrell Schultz Carter Zumpano and Fertel. The law firm dissolved when one of the main partners passed away in 2008. It has remained vacant since then, Ms. Glaria said.
CitiGroup Center got a $20 million makeover that was completed in 2017. The renovation was designed by Richard Meier, a world-renowned architect, and included modernized elevators and a new lobby.
“It was tired. It needed it. We did the renovation to make it competitive,” said Brett Reese, the South Florida acquisitions and development director for Crocker Partners, the owner of the CitiGroup Center. “It was part of our strategic business plan to reposition the asset to be the preeminent Class A building.”
The CitiGroup Center has 34 stories and 809,594 square feet of space. Floors 15 to 18 are still vacant. It is Florida’s second largest Class A office building and is adjacent to the InterContinental Hotel, which offers fine dining and a fitness center.
More big deals like the one brokered between Duane Morris LLP, Tower Commercial Real Estate and Crocker Partners could be in the cards for downtown Miami.
Brian Gale, vice chairman at Cushman & Wakefield, said he thinks leasing rates will continue to increase for Class A office space and more companies will move to the area. In downtown, there is plenty of space and rent is in the upper $40s per square foot. On average, that is $8 to $10 less per square foot than Brickell, Mr. Gale said.
“Even though the vacancy rate downtown has been slightly increasing, rents are going to continue to increase. A lot of this is driven by the fact that Brickell is sitting at less than 8% vacant,” Mr. Gale said. “There are not a lot of large blocks of good space in Brickell with great views.”