Advertisement
The Newspaper for the Future of Miami
Connect with us:
Front Page » Government » On-street sensors to monitor use of parking spaces

On-street sensors to monitor use of parking spaces 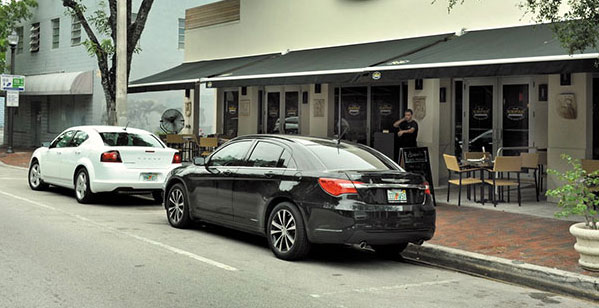 In a pilot program, the Miami Parking Authority plans to install on-street sensors to monitor use of parking spaces in various lots and curbside locations.
Changing technology, web-based applications and the proliferation of smartphones have already dramatically altered the parking industry.
The parking authority, under the control of the city’s Off-Street Parking Board, prides itself on being a leader in the changing industry.
The authority’s adoption of PayByPhone technology several years ago is seen as a major success, and authority officials are often called on by other cities to share best practices of the evolving online service.
Placing on-street sensors to mark paid parking spots may be the next big thing.
At its June meeting, the parking board named Miami-based WiseMoving Technologies Corp. the winning vendor for the sensor parking pilot program.
The test project will place up to 150 on-street sensors in Coconut Grove. The pilot program won’t cost the authority anything, said Terrell Reid, director of planning & development.
In March the board approved a request for proposals for on-street sensor parking technology.
Authority COO Alejandra Argudin reported to the board that several companies had approached the agency expressing interest in doing sensor technology in the city.
Staff designed the request for proposals around a one-year pilot program to install the sensors at public parking spaces in the Grove. The proposed test area is bounded on the north by Day Avenue, on the south by Main Highway and South Bayshore Drive, one the east by Southwest 27th Avenue, and on the west by Doulas Road (Southwest 37th Avenue).
Authority CEO Art Noriega said the request brought the agency three proposals. A selection committee evaluated them all, he said, and found WiseMoving Technologies Corp. most qualified.
Board member Stephen Nostrand asked if other US cities use on-street sensors and add revenue from their use.
Mr. Noriega cited successful sensor programs in the larger cities of England, Poland, Russia, Spain and other nations. A program in Austria is trying sensors imbedded in spaces inside parking garages, he said.
But in terms of US application of sensors, he said, there is little to none.
“We’re still very much ahead of the curve,” Mr. Noriega said.
Currently, the Miami Parking Authority uses a system tied to license numbers on each vehicle when charging for on-street paid parking. The sensor technology would track which spaces are being used and if the space has been paid for, he said.
Board member Marlon Hill suggested promoting the sensor pilot program, explaining the project and educating the community on how it will work.
Mr. Noriega suggested a more informal approach at this stage, so the authority doesn’t “get ahead of ourselves.” He said the pilot program is just that, a test of the sensor system’s validity.
“I want to get comfortable with it first,” he said, before the agency starts advocating for wide-spread application.
The request for proposals states: “The selected proposer shall be tasked with setting up their solution in a designated area. The solution shall demonstrate the ability to accurately and reliably report occupancy in the designated area(s).”