Advertisement
The Newspaper for the Future of Miami
Connect with us:
Front Page » Communities » Miami needs to up its public relations game, Greater Miami Chamber panel says 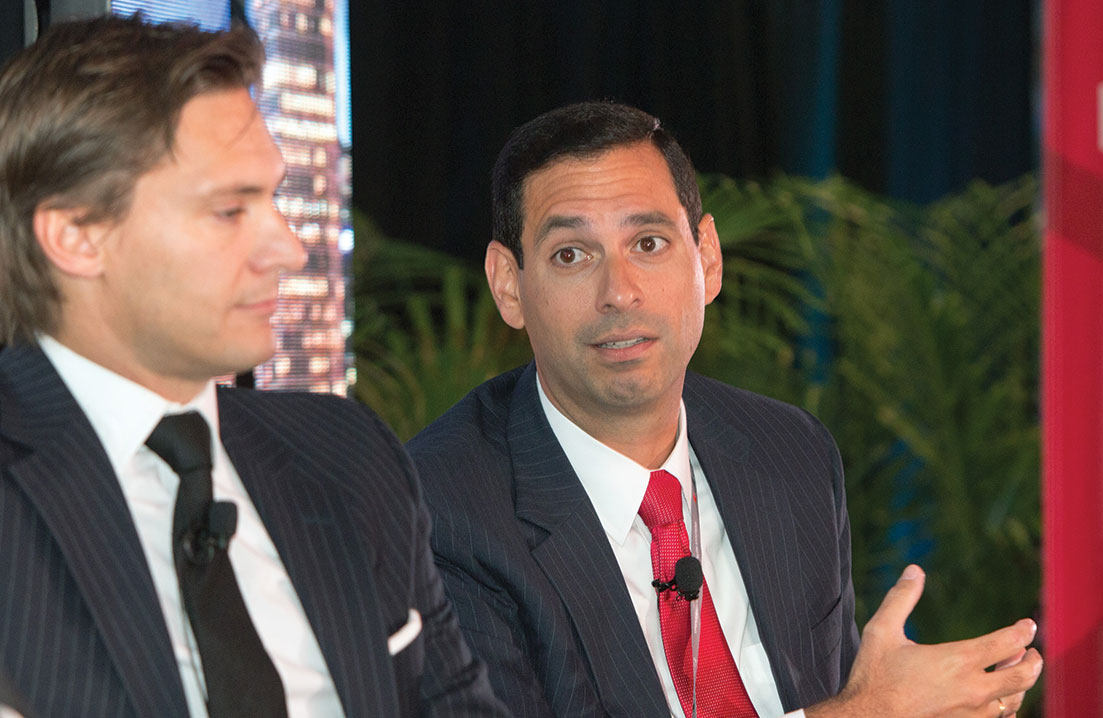 Miami needs to up its public relations game so that the community’s businesses can attract more companies and their employees, participants at a Greater Miami Chamber of Commerce roundtable discussion said. It was part of the chamber’s annual goals-setting meeting June 7-8.
“Miami-Dade County is a collaborative place to do business,” said panelist Lisa Lutoff-Perlo, president and CEO of Celebrity Cruises. Yet, when she was based in the Northeast, she did not initially want to move to South Florida.
“I’m not sure people understand how dynamic and young the city is, how good the school system is, and what a great family place it is,” she said. “It’s a real selling job.”
“The perception of Miami needs to evolve,” said panelist Ralph Lopez, American Airlines vice president of Miami hub operations at Miami International Airport. People think of the beaches, but not of the community. It’s one of the bright spots for opportunity and growth.”
American Airlines is doing its part, he said; the latest issue of the “American Way” in-flight magazine featured a 10-page spread on Miami.
Ms. Lutoff-Perlo said she and cruise line communications staff are putting together a plan that she will present when it is more jelled. “Many people are reluctant to come here because they don’t think of it as a family place, and a place where their careers can grow,” she said.
“The perception is locked into what it was in the 1990s,” said panelist Kieran Bowers, president and head of US operations for Swire Properties. “Resort-y, a place to party. It never gets to the substance of Miami as a nexus of trade and a fantastic place to do business.”