Advertisement
The Newspaper for the Future of Miami
Connect with us:
Front Page » Top Stories » Parks305.org eases hunt for Miami-Dade activities

Written by Marilyn Bowden on May 30, 2017
Advertisement 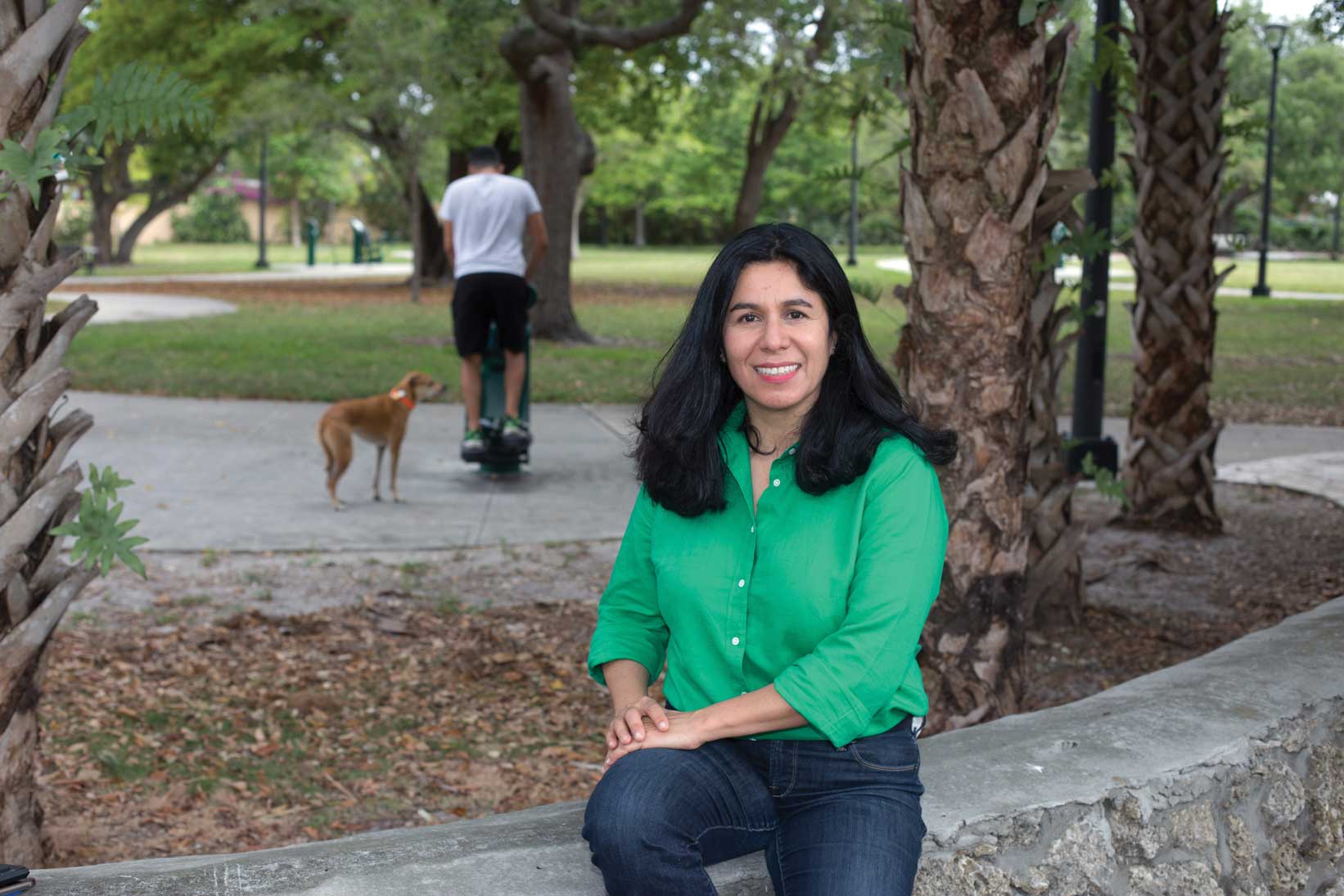 Parks305.org, a new website and app rolled out last month, will make it easier for users to find sports activities and amenities in any city, county, state or federal park throughout Miami-Dade, says Maria Nardi, deputy director of the county’s Parks, Recreation & Open Spaces Department.
“The goal of this website when we started it a couple of years ago,” she says, “was to provide the community with greater access to parks and recreation, as a way to help the community live healthier lives and connect everyone to nature and the outdoors. We wanted to provide the community with one-stop shopping – sort of a Yelp for parks. If you enter soccer or swimming or whatever, all the parks in the county where you can find it will come up, regardless of jurisdiction.”
As a bonus, Ms. Nardi says, the site also serves as a way for the stakeholders involved to share resources and dialogue about what is needed. The project required the cooperation of 35 municipalities, unincorporated Miami-Dade, three state parks and two national parks.
For example, she says, “if one city is building a baseball field and the city next door is planning to build one, maybe that second city can provide something else instead, and they will both benefit.”
The project involved a number of partnerships at the local, state and national levels.
The South Florida Parks Coalition – an alliance of municipal, state and federal park agencies whose mission is to foster a seamless, connected and sustainable parks system for the entire region – participated as part of its work to implement the county’s Parks & Open Space Masterplan, which Ms. Nardi describes as “a vision of a connected system of parks, public places, natural green spaces and streets designed as linear parks that promote walkability and cycling.
“We have learned that successful cities in so many parts of the country are those that connect people to great public spaces.”
The University of Miami’s Built Environment, Behavior & Health Research Group, she says, contributed direction on the design and overall layout of the site, as well as healthy messaging content.
“We also have an ongoing partnership with the Florida Department of Health in Miami-Dade County,” Ms. Nardi says, “to promote healthy living and healthy lifestyles through the Make Healthy Happen Miami campaign.”
The local health department provided funds to create the Parks305 website from grant money awarded by the federal Centers for Disease Control & Prevention through its Partnerships to Improve Community Health Initiative, which is in turn part of a US Department of Health & Human Services program “to support public health efforts to reduce chronic diseases, promote healthier lifestyles, reduce health disparities and control health-care spending,” according to its website.
Ms. Nardi says the grant pays for an outside consultant to host the site for its first year; “after that, the county probably will take over operation and maintenance.”
Details: parks305.org.