Advertisement
The Newspaper for the Future of Miami
Connect with us:
Front Page » Real Estate » Brickell Bay Drive plan would add 700 apartments, hotel 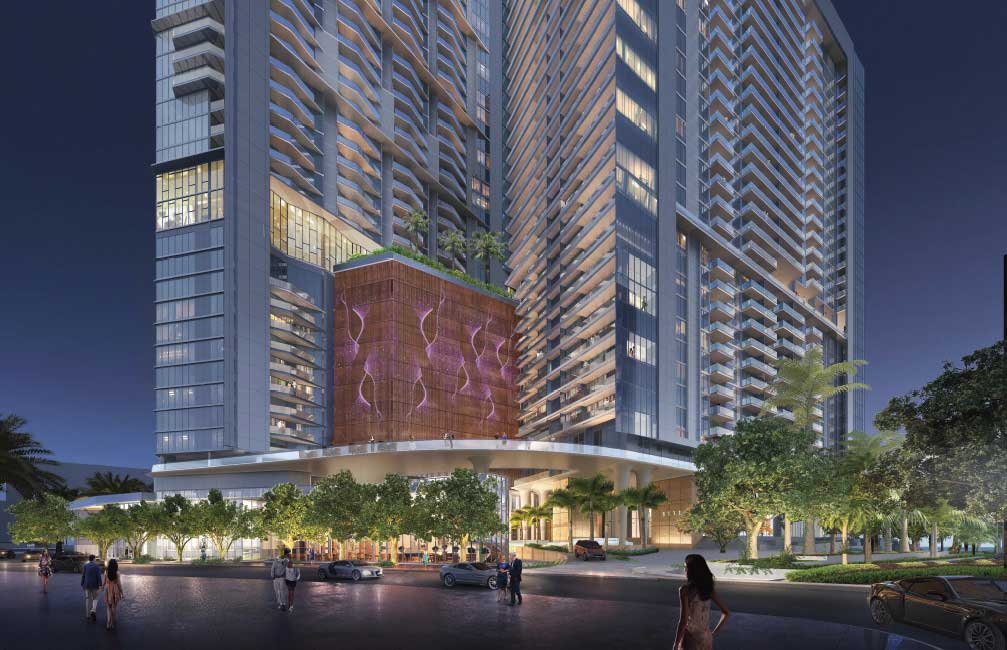 A plan for Brickell Bay Drive bayfront would amass more than 700 apartments and nearly 260 hotel rooms along with new retail.

The property at 1111 Brickell Bay Drive already houses the 32-story Yacht Club at Brickell apartments, which would be redeveloped, adding a 61-story apartment tower and garage.

The project was the last on the Nov. 16 agenda of Miami’s Urban Development Review Board. The meeting was running long and when the case was called, developers’ attorney Iris Escarra asked for a deferral to Dec. 21, saying it will give the developer more time for community outreach “to work with our neighbors.”

The site is across the street from Florida East Coast Realty’s Panorama Tower, an 83-story mixed-use project now rising at 1101 Brickell Ave.

Zoning permits 48 stories, reaching a total of 80 stories through use of the Public Benefits Program bonuses, the developer says.

The developer would demolish the existing garage and build an 11-story garage. Plans include a new pedestrian garden walk to and along the bay; new arrival area, resident lobby and pool deck; and floor-to-ceiling windows, glass balconies and updated interior paint and finishes on the existing building.