Advertisement
The Newspaper for the Future of Miami
Connect with us:
Front Page » Business & Finance » Ichiro Suzuki’s 3,000-hit milestone a homer at team store 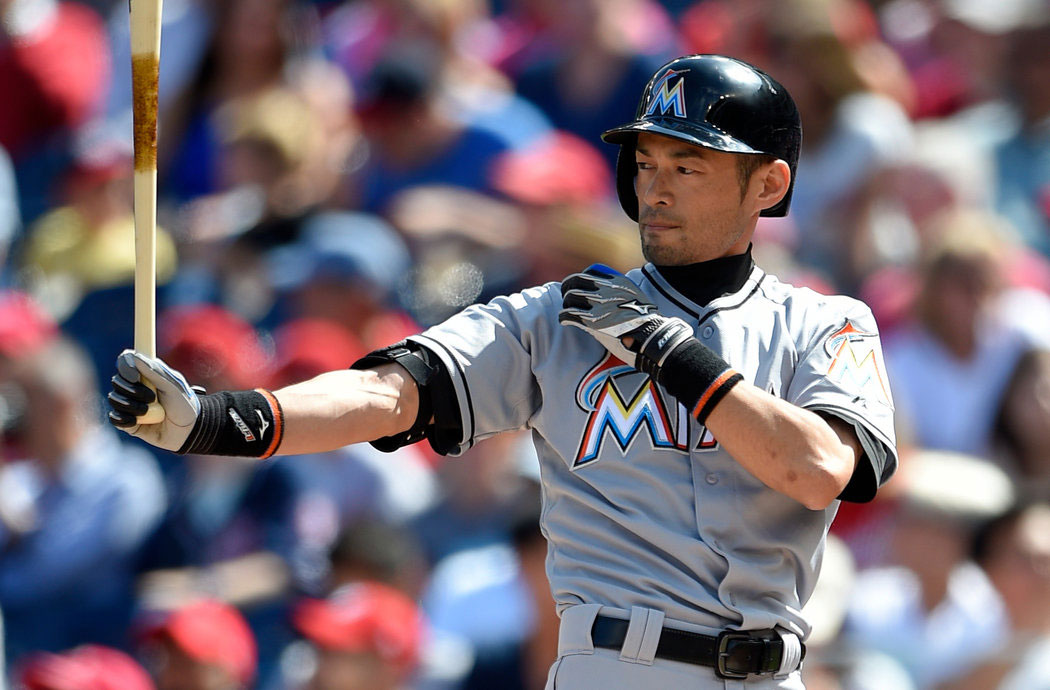 While the Miami Marlins have a less-than-stellar game record this year, Ichiro Suzuki’s recent 3,000-hit milestone, coupled with anticipation of next year’s All-Star Game, has increased business 40% at the team’s Miami International Airport store.

Marlins officials said at least some of the sales rise is due to Japanese outfielder Suzuki last month becoming the 30th player in Major League history to reach 3,000 hits.

“There’s been a lot of interest for his jersey and anything with his name on it, t-shirts, et cetera,” said Claude Delorme, Marlins executive vice president of operations and events. “It’s been a good year for us; we’re very happy.”

And next year, Miami will become a first-time host of the Major League Baseball All-Star Game, which will be played July 11 in the sixth season of Marlins Park play.

“We just went on sale with our All-Star products at the airport and that has really helped the increase,” Mr. Delorme said.

The annual All-Star Game, produced by Major League Baseball, marks a symbolic halfway-point in the season. In July, the Marlins unveiled the official 2017 game logo.

“We have seen a big difference just in the last month with the introduction of the [All-Star and Ichiro Suzuki] products,” Mr. Delorme said.

The store has an eight-year lease as Marlins Retail Operator LLC and pays a fixed rent or a percentage of gross revenue, whichever is more.

The uptick in store activity comes as the team is going just the opposite way.

In 71 home games this year, the Marlins have averaged an attendance of 21,326 – 27th of the 30 Major League teams and down slightly from last year’s full season average of 21,632, according to ESPN statistics.

Meanwhile, the team has drifted to a losing record.

Nonetheless, the store is having a great year in sales, Mr. Delorme said.

“Overall we are very pleased and doing very well at the airport and we look forward to continuing to have a presence there.”

Even while still in its planning stages, the Marlins store was expected to be a worthwhile addition to the airport.

At the time, a memo from Mayor Carlos Gimenez’s office to commissioners stated that it was in the county’s best interest to waive competitive bid procedures and approve the store deal.

The store was claimed to be a tool in assisting the Aviation Department increase passengers’ sense of place.

Also at the airport is a 1,000-square-foot Miami Heat retail operation at Concourse D32, open seven days a week from 6 a.m. to 10 p.m. In its first 10 months, the Miami Heat store generated more than $129,000 in revenue for the Aviation Department.

“Given the international appeal of our team,” said Eric Woolworth, president of The Heat Group’s business operations, in a statement, “Miami International Airport is the perfect destination for the… Miami Heat Store.”