Advertisement
The Newspaper for the Future of Miami
Connect with us:
Front Page » Filming » Miami-Dade looking at providing own filming incentives 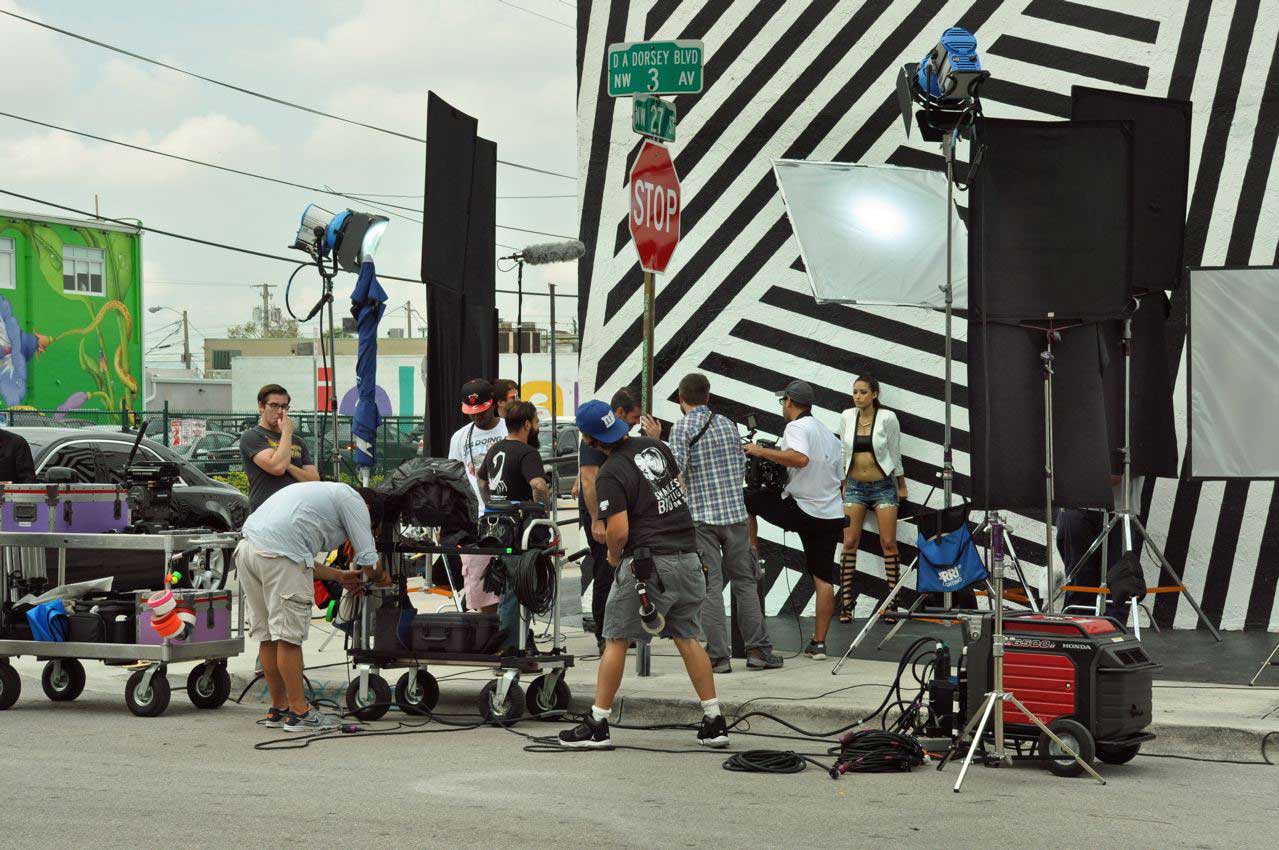 After four consecutive years during which the Florida Legislature failed to add funding to the state’s film and entertainment incentive program and with the tax rebate plan ending in July, Miami-Dade is looking at providing its own county filming incentives on a case-by-case basis.

Film productions over the years have pumped millions into the economy and created thousands of high-paying jobs.

“My administration is currently working with industry stakeholders on establishing guidelines to process and recommend film and entertainment incentives on a case-by-case basis for board consideration,” said a March 31 memo from Mayor Carlos Gimenez to Jean Monestime, chair of the county commission. The issue had been brought to the county’s Trade and Tourism Committee by Commissioner Dennis Moss on March 17.

“The county is – on a case-by-case basis – considering offering some sort of inducement to qualified productions, just as we would any other job creator,” said Sandy Lighterman, the county’s film commissioner, on Tuesday. “The county could consider things that would make it attractive for productions to film here, while requiring the employment of Miami-Dade residents and the hiring of county vendors, but it would not be a formal program.”

The production would have to prove it was viable, could comply with the hiring requirements and would deliver sufficient return on the county’s investment, she added.

While it’s unlikely that any local incentive program could compete with well-funded and robust plans such as exist in Georgia, North Carolina and Louisiana, any help by the county would be a boost to keeping shows here, Ms. Lighterman said.

“We don’t want our local productions to leave, including those that are home-grown stories,” she said. “We are also worried that our infrastructure will deteriorate.”

While she said she couldn’t predict how the attempt will fare, “there seems to be interest on the mayor’s part, and on the part of some commissioners.”

The idea isn’t new: last August, Mr. Moss asked that a feasibility study be presented to the county commission. The study, obtained by Miami Today, lays out incentive programs in competing states and cities. It is also part of Mr. Gimenez’s March 31 memo.

Bradenton (2011 population: about 54,000) in Manatee County gives incentives that include cash or in-kind services to movie productions that spend more than $250,000. Productions can also film free at Port Manatee and at beaches and parks. At least 90% of the project must be filmed in Manatee County.

Feature films, television shows, Web series or other productions that qualify for San Francisco’s “Scene in San Francisco” program are eligible for a refund of all payroll taxes and city fees up to $600,000 per production. Crew members can get discounts in participating local stores.

“Without question, the lack of state or local-level incentives is causing Miami-Dade County to lose television series, feature films, documentaries, digital media and commercial projects to other areas both outside and inside of Florida,” the report noted last year. “Local incentives are not designed to replace state incentives.” But, it concluded, they can give one area the competitive edge over another.

7 Responses to Miami-Dade looking at providing own filming incentives