Advertisement
The Newspaper for the Future of Miami
Connect with us:
Front Page » Real Estate » Related to pre-sell 3 Brickell towers as year begins 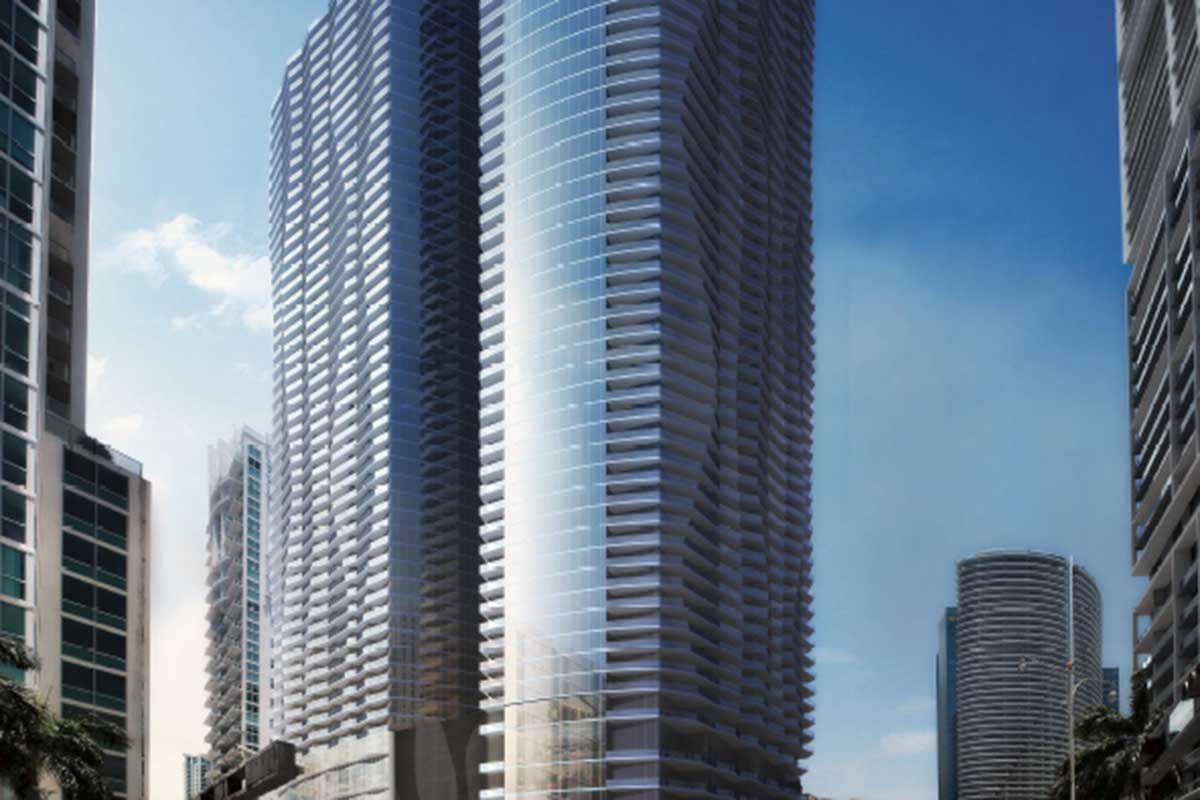 The Related Group aims to start pre-sales on One Brickell, its three-tower megaproject in the heart of Brickell, at the beginning of next year.

Despite a recent “notice of presumed hazard” sent to the development group by the Federal Aviation Administration regarding the project’s proposed heights, Related’s Condo Division President Carlos Rosso said the project is on track.

“Believe me, we are moving,” Mr. Rosso said.

The notice means the development at 444 Brickell Ave., which would reach 877 feet at its highest point, requires further study by the FAA to determine the potential impact it might have on flights coming in and out of Miami International Airport, according to the FAA.

Building heights should not exceed 467 feet above ground level at that location, the FAA concluded.

“A Notice of Proposed Hazard is not a final determination, it is an interim step after the initial study in which we notify the proponent that we have concerns with the proposed structures,” the FAA said.

The developer has 60 days from when the notice was issued, Aug. 11, to give an additional study the OK. A second study would then be completed within 120 days.

One Brickell’s 1,200 residential units will be completed in phases, Mr. Rosso said. The first phase will include the two back towers and will take about two years to be completed. Within a year after the completion of phase one, the next phase will commence, he said. The existing office building at the location that now houses Capital Grille won’t be demolished until the two back towers are completed, he said.

The highest tower, he said, will be about 80 stories.

Mr. Rosso said more than $150 million has been invested in this project.

Earlier this summer, a neighboring property owner filed an appeal against various proposed waivers the developer was seeking city approval for. Attorney W. Tucker Gibbs, who represented 500 Brickell Master Association Inc., said the waivers showed the project was “too big and too intense” for the area.

All four waivers were recommended approval by city planning and zoning staff, with conditions.

The city’s Planning, Zoning and Appeals Board considered the appeal and voted to continue the discussion on Oct. 7. Mr. Rosso told Miami Today that Related is wrapping up agreements with the neighbor and hopes to get moving soon.