Advertisement
The Newspaper for the Future of Miami
Connect with us:
Front Page » Business & Finance » Wealthy Chinese targeting business in Miami 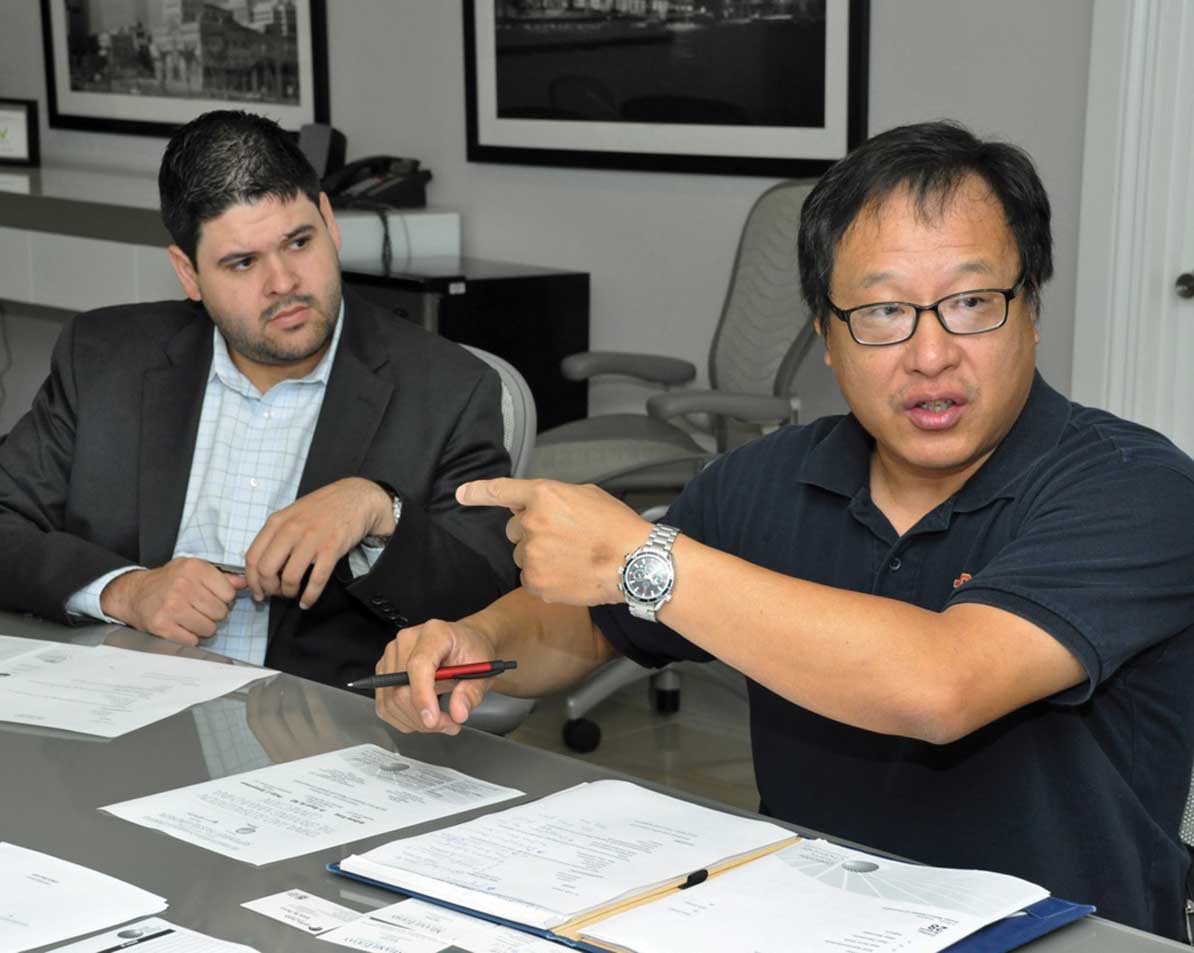 Invited by Peng Lu, associate provost of international programs at Florida International University, the businessmen want to understand how business is done in the US. Mr. Lu believes Miami is the best place to do so, he told members of the Greater Miami Chamber of Commerce last week.

Among the delegates are to be a Chinese developer and an individual referred to as the king of frozen food, Mr. Lu told a group of local executives during the first Asia-Miami Task Force meeting Friday.

“From the chamber’s perspective, if there’s going to be significant Chinese-Asian presence in Miami we have to prepare for it,” Mr. Gordon said, laying out the blueprint for last week’s discussion.

While the Americas Linkage committee focuses on trade missions abroad and outbound recruitment of investors, the Asia-Miami Task Force plans to take an internal approach.

“This is going to be more inbound. What can we do? What should we do to make Miami more Asia-savvy?” Mr. Gordon asked.

Andy M. Perez, CEO of EB5 Visa Funds, said Florida lags behind other states because it lacks the infrastructure Chinese investors are looking for.

Mr. Gordon toyed with the idea of a “new, modern version of a Chinatown, in representation of modern-day China.”

But Mr. Lu quickly jumped in, saying the fact that Miami lacks a central Chinese community is, in fact, what attracts many investors to the region.

“The reason Miami can compete with New York is because the Chinese come here, [and] easily put themselves in mainstream US society,” Mr. Lu contended. Rather than enclose themselves in a separate community within a community, he said, Chinese businessmen, investors, families, etc., want to “emerge themselves into US society, not steer themselves away.”

“In L.A., all services are provided by Chinese services. They don’t use US services. Here, they need you,” Mr. Lu told committee members.

“We don’t want to create a [cloister], but I think it would be good to have some services provided here that understand the Chinese culture,” Mr. Gordon said.

Educating foreign investors on condominium ownership regulations and such other topics as EB-5 visas, which allow major investors to obtain green card status in the US, allowing them and their families to live in the US permanently, should make the committee’s priority list, members agreed. Airline connection, an increasingly popular topic within efforts to connect Asia’s and Miami’s business worlds, was also brought up.

“The airport director is very focused on that,” Mr. Gordon said, although the pending question is whether enough demand exists to supplement a direct flight.

The committee expects to meet a second time at the end of the month to further develop a solid goal lineup for the year ahead.

One Response to Wealthy Chinese targeting business in Miami