Advertisement
The Newspaper for the Future of Miami
Connect with us:
Front Page » Communities » Greater Miami Chamber of Commerce creates political unit 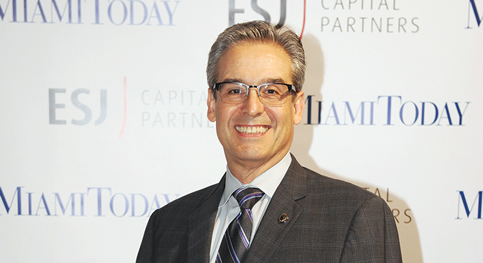 The Greater Miami Chamber of Commerce, which long resisted calls by some members to take positions on political issues and election races, this week announced the launching of a nonpartisan political action committee that will financially support business-friendly candidates for office.

The committee, referred to as a PAC, is to operate separately from the chamber and is to be a voluntary, nonprofit incorporated organization. But it will only support issues that the chamber board votes on as part of the chamber’s legislative agenda.

A respected former chamber chairman, Tony Argiz of BDO USA, is to be chairman, with a group of eight inaugural board members already announced. They have so far held two meetings.

While the chamber’s announcement listed nine “strong of legislative wins” for the chamber in the past three-plus years, the chamber for decades carefully avoided taking positions that might alienate some members.

The chamber’s announcement said priorities for the committee will be steered by the chamber board “as well as input by [chamber] members across a variety of industries. Such priorities include education, environmental issues and housing, to name as few.”

The PAC is expected to kick off its work with a $250,000 or more kitty, said Alfred Sanchez, the chamber’s president and CEO. Each of the initial eight board members was required to contribute a minimum of $10,000 to the PAC, he said, and the board can add up to four more members who make similar contributions. He said that many more potential donors stepped forward when the PAC was first being considered.

Chamber members drawn from more than 700 companies and organizations will be told details of the PAC at the chamber’s annual Goals Conference kickoff today (6/24) at the Hilton Downtown Miami. But it won’t be a new concept to them.

Decades ago, no PAC was needed because the Non-Group, a shadow group of about 40 business leaders, functioned as the power behind the chamber and dealt with political aspects, including campaign donations, Mr. Sanchez recalled. But as times changed and that group disappeared, the chamber lost political muscle.

Now, Mr. Sanchez said, the political scene has evolved. “If you’re not raising money you’re just not going to have a voice” with politicians at the state and local levels, he said, as politicians are constantly raising money.

Because the chamber wants influence to strengthen the business community’s needs, he said, there was a division among chamber leaders about what to do. A vote of the chamber board went 75% in favor of a PAC – and Mr. Sanchez said that was not good enough. So chamber leaders tweaked the concept until all board members were happy and got a 95% vote of approval.

The chamber expects all required paperwork to bring the PAC alive to be filed by mid-July, Mr. Sanchez said.

The chamber won’t be supporting candidates in every city, county and state election race, Mr. Sanchez said. But he noted that next year’s county commission elections “are extremely important to us” to support business priorities. “We are focusing a great deal on local races. They are the most impactful to local business.”

The announcement says the committee was created “to educate political leaders about the needs of Miami-Dade businesses and support leaders who help satisfy those needs.”

In a written statement, Mr. Sanchez said, “This PAC and its seasoned inaugural board will be the catalyst that propels local enterprise with a cohesive voice that effects positive change throughout our community.”