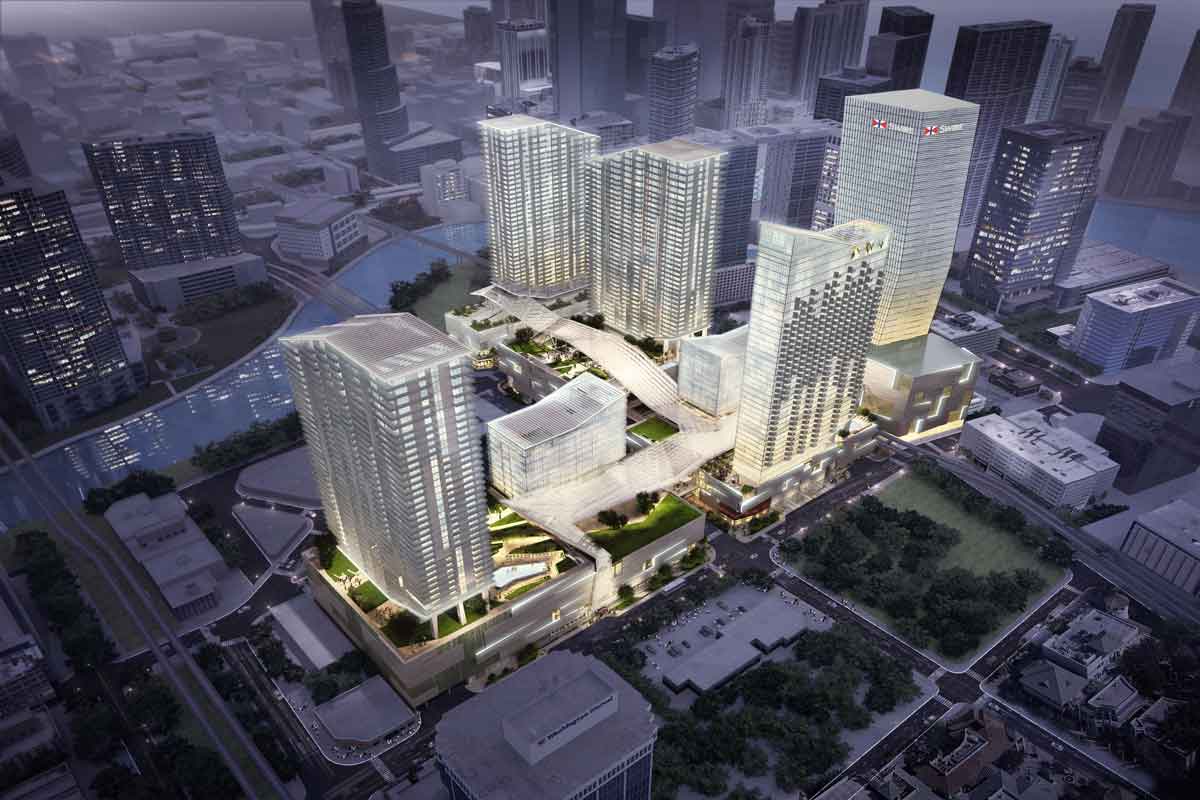 Brickell City Centre announced Tuesday the rebranding of its office component to incorporate two Class A office buildings equaling 260,000 square feet, both of which will be ready by year’s end.

Although the project long has been known to include the two office buildings, the rebranding of its logo and subsequent announcement comes at a strategic time, said Jack Lowell with Pointe Group Advisors, now part of Colliers International.

With delivery about six months out, Swire Properties – the developer behind the giant mixed-use project at the center of Miami’s urban core – is pushing to attract tenants for both office towers: Two Brickell City Centre, and the remaining space in its other, newly branded tower, Three Brickell City Centre.

Three Brickell City Centre was originally designated as a wellness center, but current market conditions swayed the developer elsewhere. The rebranding will make sure tenants in the market know that both buildings are up for lease as office space, without the medical wellness center component, Edward Owen, Swire’s office leasing manager, told Miami Today on Tuesday.

The reason for dropping the center and adopting more office space was to “further Brickell’s growth as a leading international business hub,” according to a press release.

Akerman LLP, a major law firm, has leased 80% of Three Brickell City Centre. The lease was signed last year, and until now the tower was usually referred to as Akerman’s building or some variant of that.

Rents are more than $50 a square foot in key office towers in Brickell, including 801 Brickell Center and 1450 Brickell, Mr. Lowell said.

“There’s clearly a good increase in the market with the amount of leasing activity and the increase in rental rates that’s given everybody the confidence that it’s probably time to think about another office building,” said Jonathan Kingsley, executive VP at Colliers International South Florida.

“Given the strong conditions on Brickell Avenue for Class A office space, the record rent growth in the last two years, the record occupancy – seen both in downtown as well as Brickell – there’s great stability in the Class A market,” Mr. Kingsley said. “Swire has recognized that and taken advantage of this increased level of activity.”

Mr. Owen told Miami Today that Swire is negotiating with potential tenants for Two Brickell City Centre, which is attracting financial service providers and law firms, although he would not release names.

Mr. Lowell pointed out that most tenants whose leases are up next year have already made their decisions. There have been some new entries within the market, however, he said, making the supply of prospects “pretty good.”