Advertisement
The Newspaper for the Future of Miami
Connect with us:
Front Page » Communities » 3 a.m. bar closings “way too early” 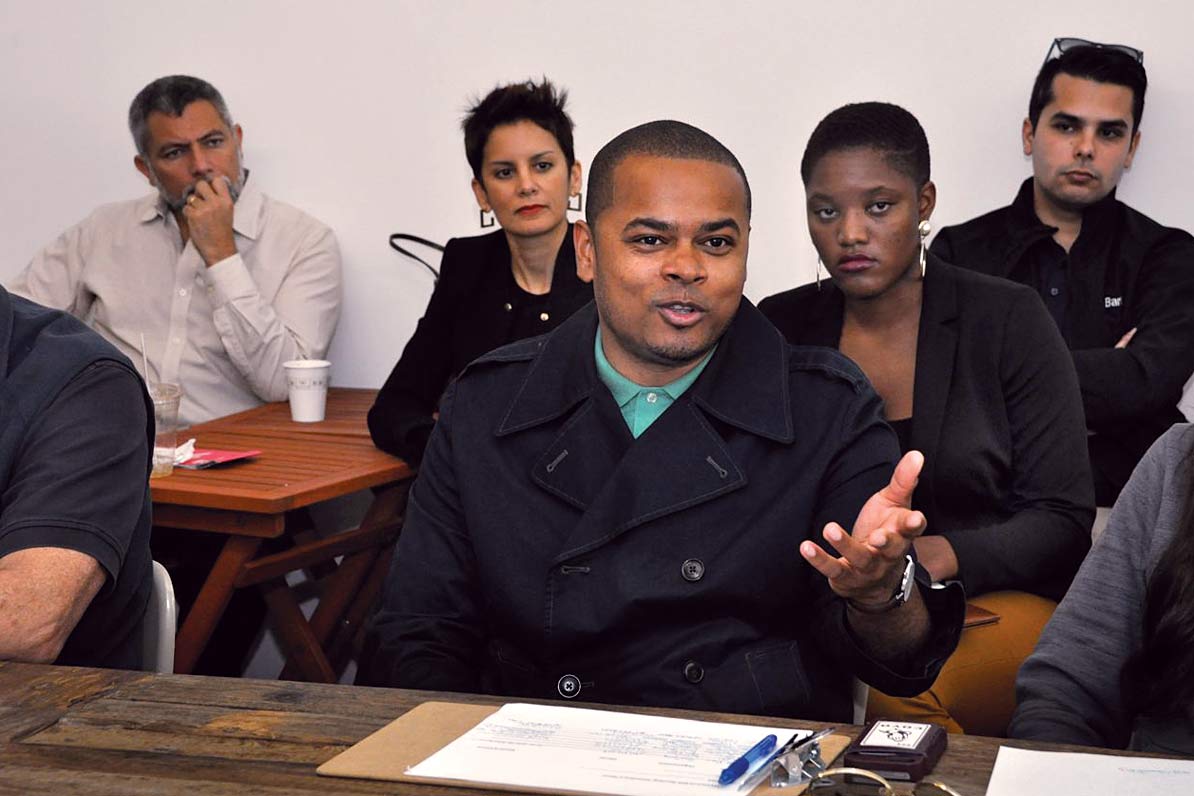 The much-anticipated Art Basel crowds left Wynwood buzzing but nearly free of crime, directors of the Wynwood Business Improvement District learned last week. During the week of parties and shows, there were only five incidents, including a car break-in and a bar fight, police said.

“We have a lot of cool ideas, things we’re working on with Tom,” said Commander Jose Rodriguez, referring to Tom Curitore, district executive director. He said he never felt compelled to visit Art Basel Miami Beach. “It was so good walking around and seeing everyone enjoying Wynwood. Why would I leave?”

Since the district began employing off-duty officers to augment the efforts of local police, “We have provided 10,000 hours of security,” Mr. Curitore said. In addition, crews have started pressure-washing the sidewalks and have removed 3,000 bags of garbage. Efforts continue to remove graffiti “tags” on walls as soon as they are discovered.

“The energy here is amazing,” said Keon Hardemon, Miami commissioner, who was visiting the improvement district’s board meeting. Wynwood lies within his district. “I can understand why you never have to travel to Miami Beach.”

He said he passed through Wynwood on his way to an event at the Lyric Theater and was impressed with its vitality.

While he said he wouldn’t encourage a wild bar scene, “We want to give our business owners the opportunity to be competitive” with other districts. “The night doesn’t end that early.”

Laws in Miami concerning when alcohol can be sold are patchy and largely depend on the district, observers say. While Wynwood businesses are to stop serving at 3 a.m., bars elsewhere in the city can serve until 5 a.m., Mr. Curitore said after the meeting. In the nearby Entertainment District, they can remain open all night, so it’s likely Wynwood loses some business to that area.