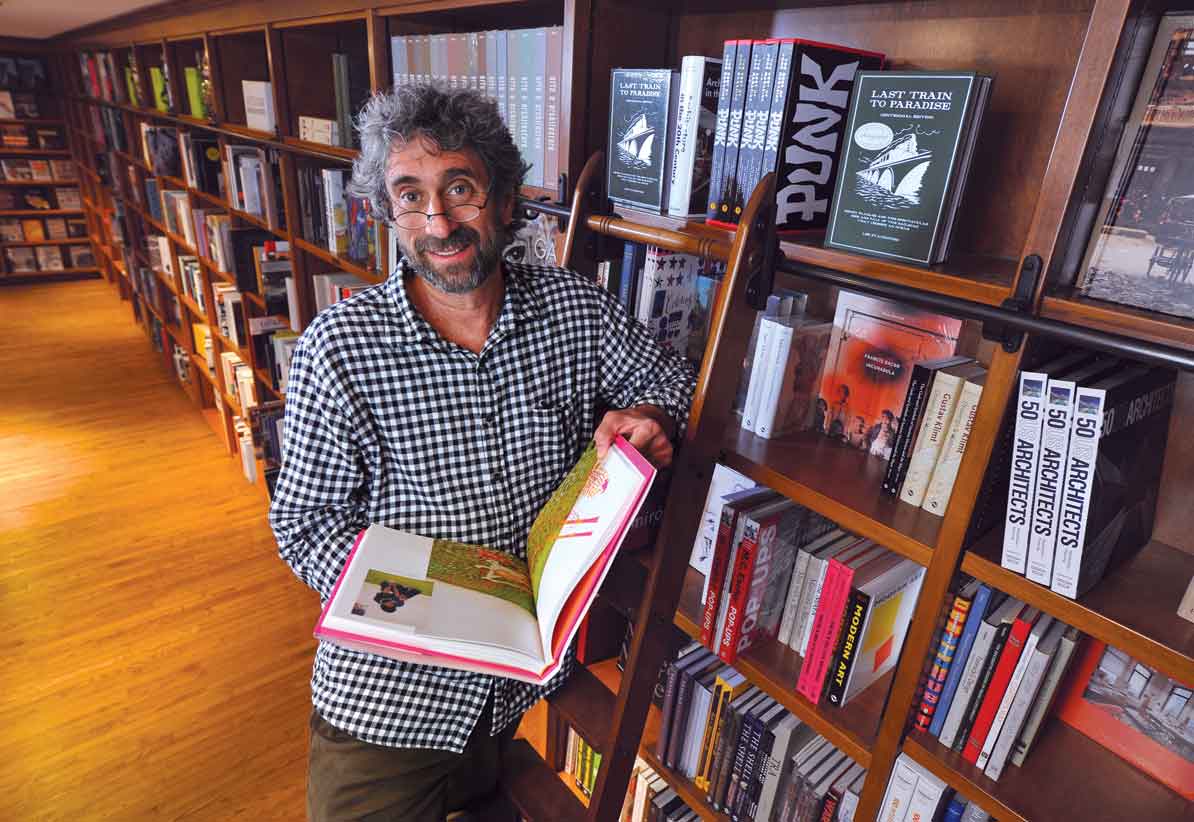 South Florida produces more than enough happenings to keep a book publisher busy for years. At the moment, there just aren’t that many local publishers to take on the stories, though over the years independent publishers have taken advantage of the area’s rich offerings and available infrastructure.

But in an industry undergoing dramatic change from the Big 5 publishers – Penguin Random House, Hachette, HarperCollins, Macmillan and Simon & Schuster – to the little guy, the questions remains: why start publishing?

For Arva Parks, her nearly 25-year publishing venture Centennial Press is a natural extension of her love for Miami.

Authors and companies get very personal attention at Centennial Press. Typically, an organization approaches Ms. Parks with a concept or project, sometimes with an author attached. Ms. Parks will then facilitate the design, writing and publication, drawing on her extensive knowledge of Miami-area history and her personal archives.

“They just don’t send me a manuscript and get a book back,” Ms. Parks said. “I work with the companies. That’s what makes it unique as far as the local element. A lot of the people I end up working with, I know.”

At Centennial Press, though they are sometimes published internationally, the books are designed and created on a local scale. Mixed Media Graphics has designed several Centennial Press books, as has Tom Grabowski & Associates with designer Peter Zorn. Eladio Robertson of Global Print Services Inc. has printed most of the Centennial’s recent books, like “The Biltmore Hotel,” “Eat at Joe’s” and a Ransom Everglades book.

“The only time I have a bad day is when I don’t learn something new. The best thing someone can say to me is, ‘Jeez. I didn’t know that,’” Ms. Parks said.

With Centennial Press getting close to 25 years and close to a dozen titles, Ms. Parks has had plenty of opportunities to learn many new things about the city she lives in and works to promote.

On the distribution side, for Centennial Press publications there is often a natural audience built into each project. For Joe’s Stone Crab or Ransom Everglades, the community around the institution is the intended audience. But to widen the reach of smaller publishers, help from an independent bookstore never hurts.

“We’re very lucky that we have [Mitchell] Kaplan. Frequently he’ll take these books and put them in his stores. A lot of chains won’t do that. We’d have to go through a corporate distributor to get the books in some of the bigger bookstores,” Ms. Parks said.

Defining an independent publisher isn’t easy. Many small publishers take the form of a university press, and unaffiliated publishing houses use different pay models. Some are grant funded, some will be paid for by the author or the company heading the project, and still others will follow a more traditional model of paying for the project in its entirety and hoping to make back the money spent in sales.

“There really aren’t that many local publishers,” said Mitchell Kaplan, owner of Books & Books and chair of the Miami Book Fair International’s board of directors. “Not every town has a lot of book publishers. Book publishing just isn’t something that is widely prevalent.”

Much like starting a local bookstore, done out of a passion for books, book publishing is most likely done because “it’s something you feel like you just can’t say no to. Like any of the arts, it’s done out of a sense of passion. It’s very idiosyncratic, it takes one person to really to push it through,” Mr. Kaplan said.

There is space for a viable traditional publisher in Miami. But it would take capital and the ability to withstand losses associated with the difficult industry.

“The question isn’t what would work best. But the question becomes, is there a need for one in Miami and what would make there be that need? What would distinguish it from other publishing houses?” Mr. Kaplan said. “What would a publisher in Miami be doing that would make it be essential or different?”

The writing community here has grown tenfold from 25 to 30 year ago, Mr. Kaplan said. And if there’s someone familiar with the disparity between number of potential projects and lack of publishers, it’s a writer. Or in the case of Jai-Alai Books, a poet.

“There is definitely no lack of writers and potential book projects here,” said Scott Cunningham, founder of the O, Miami poetry foundation, and Jai-Alai Books. “There is an insane wealth of book projects… but actually opening a publishing house and operating it is a whole other story,” Mr. Cunningham said.

“I don’t envision that in anyone’s wildest dreams they believe if you go into business as a small publisher you’ll make money, because it’s so competitive. We don’t have the reach of the big houses, but we do have Florida. And we do have greater writers in this state,” said Michael Zealy, founder of the 3-year-old Midtown Publishing, which operates out of New York and South Florida.

“Books are expensive to make, and they’re hard to market and distribute. We’re just trying to figure out this stuff as we go,” Mr. Cunningham said. Jai-Alai’s recently published first book “Forager” offers a lyrical look at the edible flora around Greater Miami. “Forager” creates a different kind of map for locals who may have not looked at their neighborhood as one ripe for picking.

1,500 copies of Forager were printed. Over 152 pages, “Forager: A Subjective Guide to Miami’s Edible Plants” details 42 edibles plants readers can find in a Miami backyard. “I had always imagined that this first book would be a book of poetry but it kind of made sense to do this uber-Miami project,” Mr. Cunningham said.

While Jai-Alai is a local press, the intention isn’t to stick to only local writers. Instead of placing limitations on the press, Mr. Cunningham and his team are trying to establish a voice that feels authentic to and inspired by Miami.

“Just because a publishing house is located in Miami doesn’t necessarily mean it’s a local publisher,” said John Dufresne, creative writing professor at FIU and author of “Love Warps the Mind a Little” as well as many others. “As the big publishing houses consolidate and there are fewer opportunities and few publishing houses for special beginning writers, that slack is being taken up by small publishers.”

Like a lot of aspects of literature, taking a bet on publishing isn’t a definite way to make money.

“Part of it is a passion for stories, to just being really excited about literature and stories and good novels and getting that work out to the public. Because stories make a difference in our lives,” Mr. Dufrense said. “That’s why I teach it, because I love stories. And you’ve got to have a passion for it because you’re probably not going to make a lot of money as a publisher, unless you’re lucky.”

Jai-Alai’s next two books are collections of poetry that are to be released at the Miami Book Fair, and while both of the poets have ties to Miami, neither lives in Miami.

“I’ve wanted to publish books for the last 15 years, just because I love books and I love the form, the architecture of the book. It’s just an amazing piece of technology,” Mr. Cunningham said.

Jai-Alai is gearing up to take submissions via its website. Currently it’s publishing with money collected through donations and sales, and the press has applied for a Knight Arts Challenge grant.

“Miami is a very, very vibrant city; maybe the rest of the country doesn’t see that. But we have one of the biggest book fairs, a great independent bookstore,” Mr. Dufresne said. “It is a good time for someone locally to start a press.”