Advertisement
The Newspaper for the Future of Miami
Connect with us:
Front Page » Top Stories » Marlins tickets climb out of cellar

Marlins tickets climb out of cellar 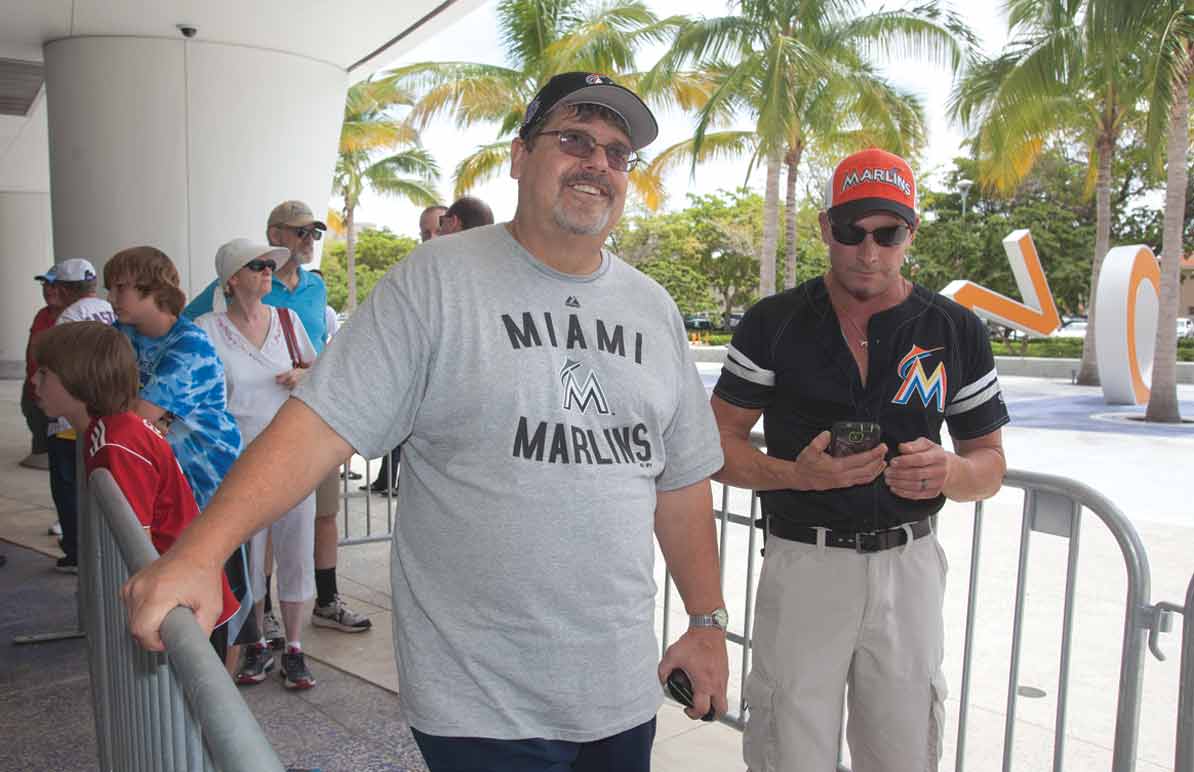 Miami Marlins ticket prices are up this season as the team has climbed out of the cellar in the standings, but other indicators of fan interest – after surging in the team’s first season at Marlins Park – are back near the bottom of Major League Baseball.

The Marlins’ share of the league’s secondary ticket market is almost nonexistent, ranking last among 30 teams with 0.5% market share – virtually the same as it was during the team’s last season at Sun Life Stadium in 2011, according SeatGeek.com, a website that tracks secondary market ticket sales.

Analysts say secondary market ticket sales are a good gauge of public interest, as baseball’s most popular teams such as the San Francisco Giants, the Boston Red Sox and the New York Yankees have the highest market shares, each above 10%.

Meanwhile, the Marlins, the Arizona Diamondbacks and the Houston Astros are the only three teams with market shares below 1%.

“The Marlins have the smallest, least active secondary market in MLB,” said SeatGeek analyst Connor Gregoire. “The new ballpark looked like it might change things in 2012, but since the fire sale of top players that season, the market has come crashing back down.”

A look at league attendance figures tells a similar story.

Marlins attendance rose to a respectable 18th in the 30-team list in 2012, the team’s first season at the new ballpark, when attendance averaged 27,400 a game, or 73% of capacity, according to figures posted on espn.com.

Meanwhile, the league’s top performers in recent years such as the Giants, the Yankees, the Red Sox and the St. Louis Cardinals are drawing 98% or more of their seating capacities, on average, for home games this season.

A bright spot this season for the Marlins, aside from the team improving to a 46-52 record as of Monday for fourth place in the National League East, has been an increase in prices of tickets sold on the secondary market by licensed brokers such as StubHub and Ticket Master.

Through July 18, Marlins secondary market tickets – both standard and premium – were averaging $46.66 this season, ranking 19th in baseball. That’s up from $31.09 or 28th through the same period last season, when the Marlins finished 62-100, the second-worst record in the league ahead of the Astros.

Still, Mr. Gregoire said, secondary ticket prices have come down for Marlins games as the season has gone on, falling nearly 30% from April to July. “The cheapest games are those in the middle of the week, while the weekends are most expensive,” he added.

“I’ve seen some games on TV and there’s nobody in the upper deck or the outfield,” he said. “The market is so weak that no tickets are listed for resale in the upper deck, and prices in many sections of the park are lower on the secondary market than at the Marlins box office.”

The biggest factor in boosting fan interest is winning on the field, according to Mr. Gregoire.

With the Marlins, he said, fans were upset when the team released several star players after the team’s first season at Marlins Park. That led some to believe that owner Jeffrey Loria had built up the roster to help secure local government financing for the new stadium, then trimmed the team’s payroll to save money.

“In Marlins Park’s inaugural season in 2012, Miami moved up eight spots from the smallest secondary market in the league to the 22nd largest, accounting for 1.3% of the MLB market,” he added.

“But since then, the team has traded away top talent like Jose Reyes and Josh Johnson, and the Marlins have had the weakest resale market in the league in 2013 and 2014, just as they did in 2011 before they moved to the new ballpark.”

One Response to Marlins tickets climb out of cellar