Advertisement
The Newspaper for the Future of Miami
Connect with us:
Front Page » Communities » Streets shrink to protect historic buildings 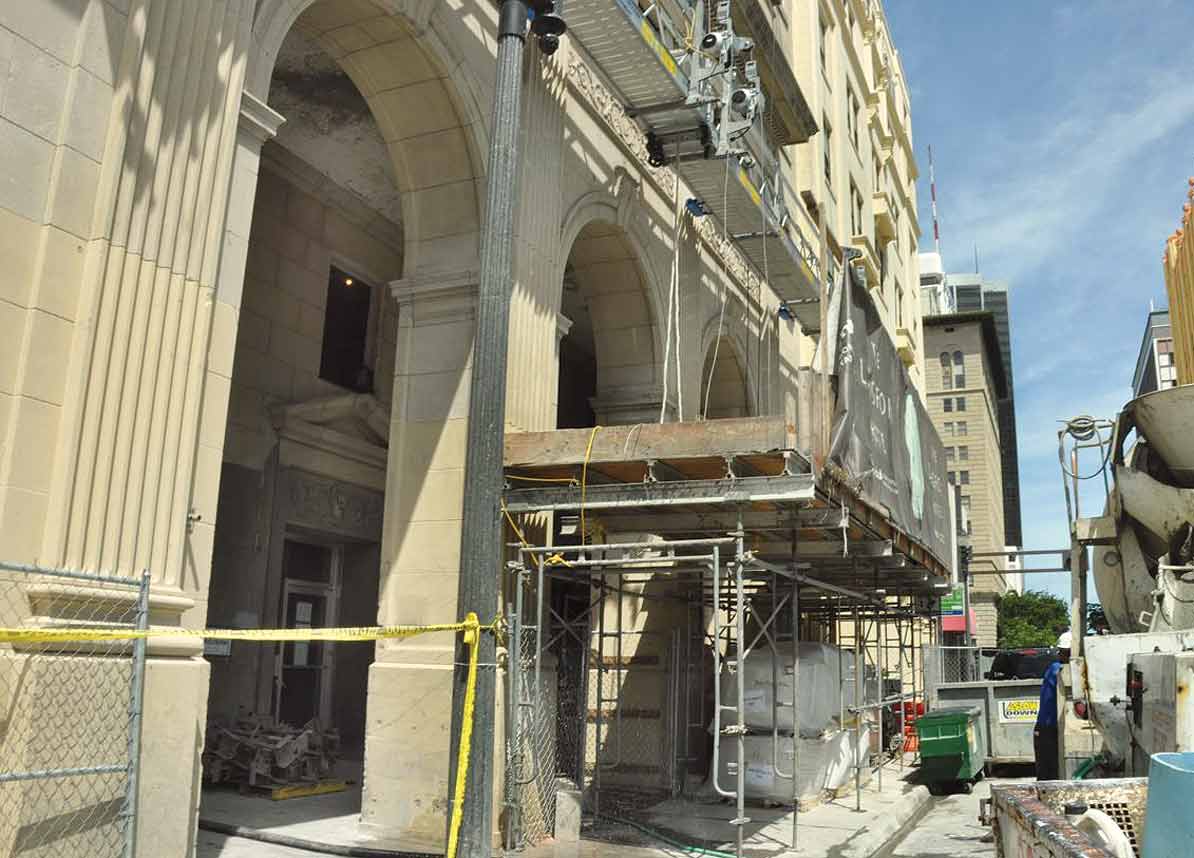 To protect and preserve the unique nature of historic buildings in the heart of downtown Miami, city commissioners have approved an ordinance amendment to reduce the zoned street right-of-way width of two downtown streets.

The amendment impacts portions of Southeast First and Second avenues that were originally dedicated as 50-foot-wide roadways.

Several historic buildings, including City National Bank, Royalton, Olympia, Ingraham and Walgreen Drug have been constructed to the original 50-foot roadway right-of-way. The zoned street width of these roadways were subsequently increased to 75-foot wide and 70-foot wide, respectively, but the north side of Southeast First Street and both sides of Southeast Second Avenue have not been dedicated or developed to the 75-foot and 70-foot widths. The physical location of the historic buildings preclude roadway widening.

To provide for enhanced pedestrian comfort and convenience, a perpetual sidewalk easement with wide sidewalks will be required of new in-fill development along the north side of Southeast First Street, the ordinance says.

City officials said they hope this will encourage new developments to incorporate walk-through arcades into their design, mirroring the historic structures in that area.

This is a good move from a planning standpoint, said Commissioner Marc Sarnoff. Hopefully the move will preserve existing arcades and encourage them in new development, he said.

The Public Works Department’s review of these streets revealed that the current developed roadways “adequately serve the vehicular transportation needs of the public” and permit the continued protection of the historic buildings. The current alignment of vehicular lanes won’t change.