Advertisement
The Newspaper for the Future of Miami
Connect with us:
Front Page » Communities » A revolution in Wynwood

A revolution in Wynwood 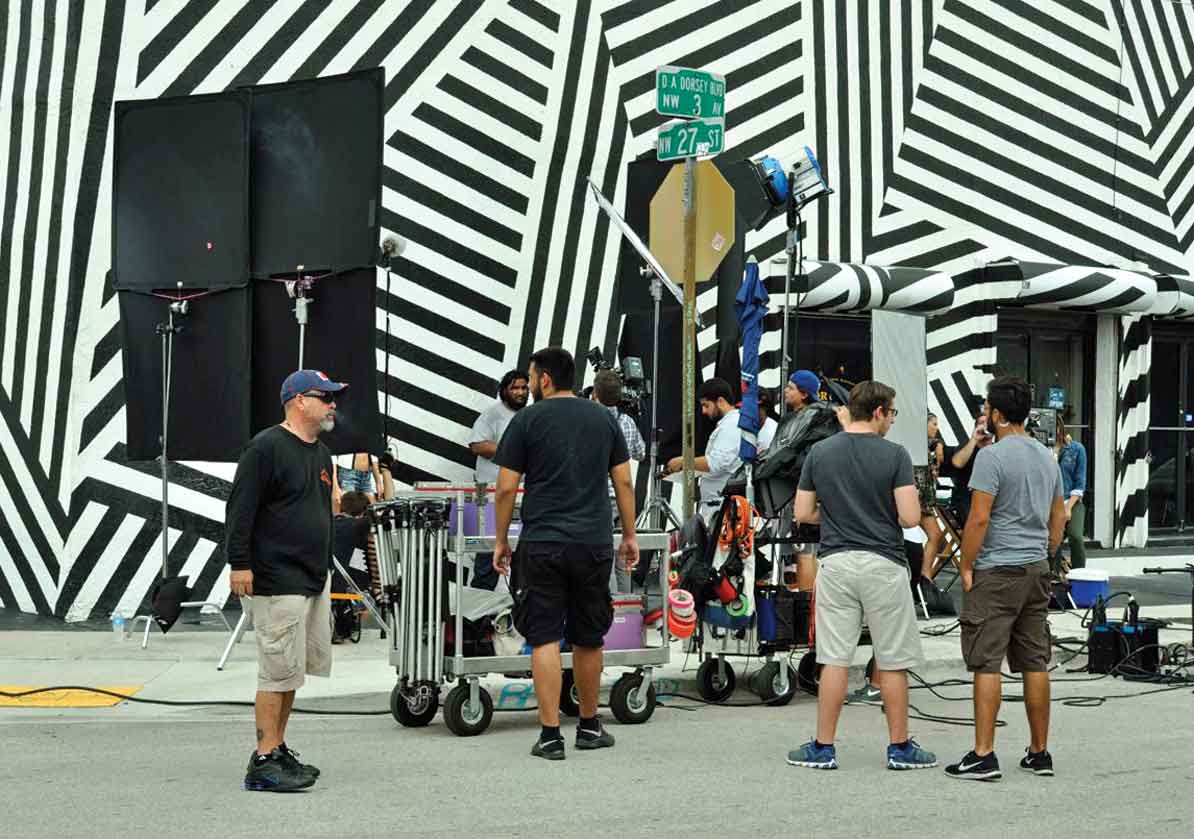 By mid-morning most weekdays, Tom Curitore has walked much of the expansive and evolving Wynwood Arts District he’s now in charge of taking to the next level.

Mr. Curitore is the founding executive director of the Wynwood Business Improvement District (BID). He is to be introduced to the Miami City Commission today (3/27). The commission is expected to approve and confirm the BID board’s selection of Mr. Curitore for the top job.

“Priority one was to find a leader,” said Albert Garcia, a business owner in Wynwood and vice chairman of the district’s board.

The board launched a nationwide search for the right person to manage the district, generate continued excitement about the area and contribute to its growth.

“We went through hundreds of applications; it was not an easy process,” Mr. Garcia said. “We looked far and wide. When we found Tom, we knew fairly quickly that he was our guy.”

Mr. Garcia said Mr. Curitore has a great track record and is an accomplished civic leader.

“It’s his energy and character. He embodies the Wynwood spirit. He’s very approachable,” said Mr. Garcia, a member of the interview committee that helped make the final choice for executive director.

“One minute he’s meeting with the mayor. In the next hour he’s walking the district and welcoming tourists. He is quite versatile – a real people person,” said Mr. Garcia.

Mr. Curitore was director of operations at Union Square Partnership in New York from 2007 until he moved to Miami. In that role he had complete oversight of operations for a 32-block, high-volume, community-based organization.

From 2002 to 2006, Mr. Curitore worked for the mayor of New York as a first deputy commissioner in the Community Assistance Unit, having oversight of nearly 60 community boards throughout the city.

He also worked for several years as a beat cop with the New York Police Department, working his way up to detective.

The city’s haven for arts and culture attracts 20,000 to 40,000 unique visitors a month, said Mr. Garcia, coming from all over the globe. They are drawn to the truly unique surroundings. The district is now home to more public street art than any place in the world, he said, and that sets Wynwood apart.

Mr. Curitore’s enthusiasm and appreciation for Wynwood are irrepressible. In less than two months, he has developed a pride of ownership that is evidenced by the way he talks about his new neighborhood.

The improvement district was created last year, allowing members in the 47-block area to assess a special tax against themselves in order to raise money to improve and maintain the flourishing district.

The district’s office at 310 NW 26th St., Suite 1, is in one of the hundreds of renovated warehouses in the heart of the district. It is simple, an open office with a large barn wood table in the center where the board meets. Tucked into one corner is a simple desk and office chair, and an iMac computer for Mr. Curitore to work.

Everything old is new

Wynwood is much more than just a repurposed warehouse district.

Over just two days last week, an eatery called Mmmm opened on Northwest Second Avenue. Just up the street at Northwest 26th Street new construction continued on a corner development called Wynwood Block, offering spaces from 300 to 4,000 square feet. Ducati celebrated a grand opening of its motorcycle dealership as the anchor tenant of Wynwood Gateway Complex at Northwest 29th Street and Northwest Second Avenue. And just around the corner from the BID office a music producer stepped out of his Rolls Royce long enough to see how his video shoot was coming along.

Row upon row of what were for the most part aging and vacant warehouses served as a “blank canvas” that have led to a revival of the concrete grid of streets due east of I-95.

Mr. Garcia said the rebirth began more than a decade ago, when community visionaries like the late Tony Goldman saw a new promise among the sterile and industrial area.

The 47 blocks that make up the district include more than 120 properties. Uses include art complexes, art studios, galleries, museums, fashion, design, cinema, real estate, banks and other professional services, non-profit and education, incubator and co-working space, restaurants and bars, and more.

The vast range and color of the street art makes the old warehouse district seem to live and breathe.

C1 Bank on North Miami Avenue is a newcomer. The bank doubles as gallery space. “It’s like no bank you’ve ever seen before,” Mr. Garcia said. The bank is a perfect example of a conventional use going unconventional to mix with the vibe of Wynwood, he said.

Indeed, C1 Bank has a hidden full commercial kitchen for hosting community events, its boardroom table is hugged by a wall of Mick Jagger portraits, and there isn’t a teller window to be found. Oh, and did we mention the laser light show every night that bounces off the walls and the art work in the bank lobby all night long.

“This is more than a bank. It’s a destination in and of itself,” Mr. Garcia said. “We’re excited they took the time to understand the area, that it is a special place.”

The improvement district is the next step in the evolution of the area, he said, with a focus on improvements to the “challenged” infrastructure. The district hopes to work with county officials to help with improvements to roadways, and water and sewer lines, he said.

“Tom will help set that agenda, and work to shepherd all of that,” Mr. Garcia said.

The first year of collecting the special assessment was in the fall of 2013. It brought in a little more than $700,000.

The first money spent was on a “safe and clean” campaign, with the hiring of a private security service to patrol and watch over the district, and employing a cleaning crew to keep streets and sidewalks free of debris and make the area attractive, said Mr. Garcia.

The security officers were trained by city police, and since Jan. 1 they’ve patrolled the improvement district in cars, on foot and bikes, and in uniform, at all hours of the day and night, Mr. Garcia said.

Mr. Curitore said the officers have also been trained to be ambassadors of the district, offering guidance, hospitality and maps to the many visitors.

The campaign is designed to ensure Wynwood is safe and clean, for the business owners, artists, patrons and tourists, he said.

David Lombardi, who owns several properties in Wynwood and is a district board member, built the first live-work-play development in the neighborhood in 2005. Wynwood Lofts is an “artist-friendly” building with 36 condos and a rooftop pool.

Mr. Lombardi is also excited about the continuing evolution of Wynwood. “So many new people are coming in to add to the stew,” he said with a smile.

Mr. Garcia is excited about the new tenants choosing Wynwood as home, from The Lab Miami to C1 Bank to Ducati.

One Response to A revolution in Wynwood