Advertisement
The Newspaper for the Future of Miami
Connect with us:
Front Page » Top Stories » Football bowl rent to benefit Miami Marlins owners 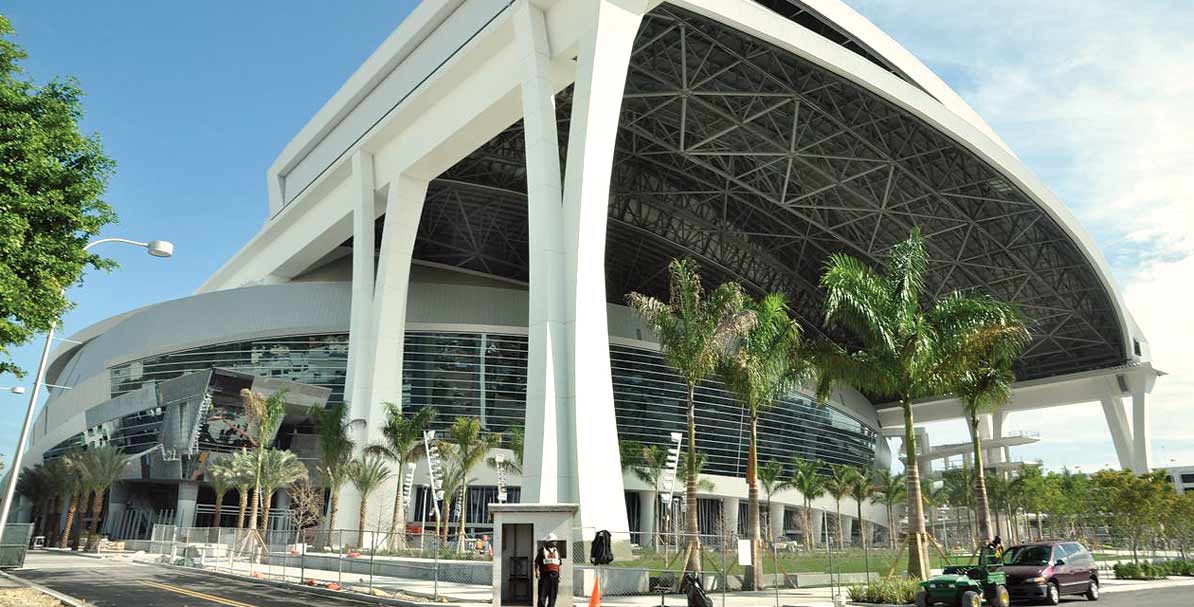 College football at Marlins Park in Miami should be a moneymaker, but the city and the county won’t see much of it, according to government-approved agreements for the largely publicly-financed stadium.

Instead, much of the money could go to the leadership of Major League Baseball’s Miami Marlins, which leases the park from the county, the park’s owner.

The rules governing who controls revenue from such events at the park, which opened last year, are part of the same pacts among the team, the county and the city that have been criticized as being overly favorable to the Marlins.

The Marlins recently announced they will host an annual college football bowl game – the Miami Beach Bowl – in partnership with the American Athletic Conference beginning in December 2014.

The Marlins said 34,000 seats will be available for the game. Tickets are expected to cost about $60. Organizers have not provided a revenue projection for the game, but said they have had conservations with major television networks to broadcast the game and the game is expected to have a $34 million annual economic impact in South Florida.

A county spokeswoman declined to answer questions about revenue from the bowl game, instead referring to the part of the county’s operating agreement for the park that governs the use of proceeds from such events.

The 35-year agreement allows the park’s operator to keep all revenue from the first 10 special events at the park each year – such as non-baseball events, conventions and concerts – for the length of the agreement. A multi-day convention or concert tour is counted as one event.

Most of the stadium’s construction cost was financed through the sale of county bonds, while the cost of the stadium’s four multi-level parking garages was financed through the sale of city bonds. The US Securities & Exchange Commission in Miami issued subpoenas more than a year ago to the county and the city for records related to the bond arrangements, but the SEC has yet to announce any findings.

Art Noriega, CEO of the Miami Parking Authority, said the city receives a flat payment from the Marlins of $10 for each parking space used for games and events, but he was uncertain whether that would apply to the Miami Beach Bowl. He also said the $10 rate per space is due to escalate in coming years under the agreement.

In addition, he said, the city gets reimbursed by the team for staffing the garages and cleanup costs.

He said the city uses the garage revenue it receives from the Marlins to help pay the city’s debt service payments from the bond sales that financed the garages.

During a press conference announcing the bowl game, Mr. Samson said the Marlins were approached by the conference about hosting the game.

“There is no end to what this ballpark can do,” he said. “It’s shown to be incredibly resilient. It was built with all of those things in mind.”