Advertisement
The Newspaper for the Future of Miami
Connect with us:
Front Page » Transportation » Expressway authority seeks 2,000 acres for Kendall Parkway 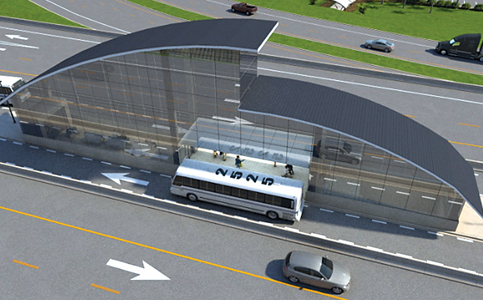 The Kendall Parkway corridor, a 14-mile multimodal transportation project with an estimated cost of over $1 billion, is in the planning reevaluation phase and awaiting funds as the Miami Dade Expressway Authority (MDX) fights in court its own existence. While the litigation is ongoing, no bonds can be issued, and the project can only move forward as funds become available within the authority.

MDX has already purchased 285 acres needed for the project and has determined it would need to buy around 2,000 acres, Juan Toledo, deputy executive director and director of engineering, told Miami Today.

“We’re reaching out to the owners of those parcels to see if they’re interested in entertaining offers now, before we go to the next step,” he said.

The Kendall Parkway corridor is a new north-south multimodal transportation corridor west of Southwest 167th Avenue from the current termini of SR 836 at Northwest 12th Street to Southwest 136th Street. Once completed, 600,000 residents and businesses in the area could benefit from the corridor. Nonetheless, a timeline for completion is still uncertain.

The planning revaluation in which the project currently sits consists of a revision of the plans with environmental permitting agencies such as the South Florida Water Management District, Florida Department of Environmental Protection and US Army Corps of Engineers, Mr. Toledo said.

The project is a six-lane corridor – three in each direction – starting from 137th Avenue and Northwest 12th Street all the way to Kendall Drive. A two-mile section along Southwest Eighth Street would be elevated to minimize the impact to that sensitive environmental area. Finally, there would be a four-lane section from Kendall Drive to the end of the project at Southwest 136th Street.

The parkway plan includes a lane for express buses and a multi-use recreational trail for pedestrians and bicycles, and a trail for horses as part of a request to MDX by the county’s Department of Environmental Resources.

If funds became available, a project of this magnitude could take around four years to build, Mr. Toledo said. “If I have the ability to go to the bond market next year and issue debt on this project, I’m breaking ground by the beginning of 2023.”

Mr. Toledo said that among benefits of the corridor is an improved connectivity that would provide new access to major employment areas.

Some “70% to 80% of the workforce lives in West Kendall and right now they don’t have access to an expressway other than the Turnpike,” Mr. Toledo said. “It takes them today, people that live by the Tamiami Airport, 30 to 40 minutes just to get to the Turnpike, and then whatever time extra to get to wherever they want to go.”

With the project, he said, residents of the area would have faster access to another expressway and there would be “significant improvement” to travel times. An MDX presentation by Mr. Toledo details that the project would provide over 10,800 jobs in the community within 30 contracts for construction and professional services, and 30% of those would be for small and local businesses. “You’re looking at over $300 million that are going to go to small local businesses in Miami-Dade County,” he said.

But the project has come with its own opposition among environmental and conservation advocates such as the Tropical Audubon Society. Mr. Toledo told Miami Today that the alignment of the project is east of Krome Avenue and not in the Everglades and would not have an impact on the environment.

In regards to existing concerns of potential damage by the project to the Bird Drive Basin, Mr. Toledo explained that the South Florida Water Management had a project for the comprehensive Everglades restoration plan in that area, but it was ultimately abandoned in 2008 due to the porous conditions of the soil.

Had that project moved forward, “what really would have happened was that they would have taken all the water collected and it would have flooded the areas that already developed,” he said. Instead, he explained, the Florida organization took a half-mile buffer between Eighth Street and south of Miller Drive and decided to create a canal up against Krome and connect it to the existing canal systems for the recharge area for the Everglades.

“As part of our commitment to the project, we’re going to actually purchase the right of way requirement of 1,000 [acres and we are to] restore the wetlands to a more pristine condition, and then turn it over back to the county in perpetuity, so that’s going to be a perpetual preservation area,” he said.

Mr. Toledo also noted that the project is outside the wellfield area close on the west side to the project. “As you can see, our project is outside that wellfield area,” he said. “In fact, we’re going to design our drainage so that all the runoff collected by the future road is conveyed away from that wellfield and treated before anything is discharged into the ground, so we’re not going to be impacting our drinking water or any of the wellfields in the area.”

Tere Garcia, MDX spokesperson, said that depending on the location of the corridor, it would change its look to adapt to the environmental subtleties. “The environmentally sensitive land will have another look and it will really conform to the surroundings of where the path goes by.”