Advertisement
The Newspaper for the Future of Miami
Connect with us:
Front Page » Communities » M Tower may cement public-private deal after eight years 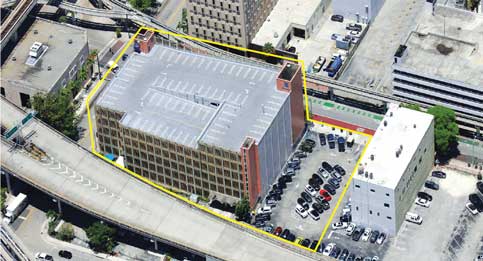 Years in the planning, a major public-private partnership will lead to a new downtown skyscraper being built next to and connected with a long-standing municipal parking garage.

The development site, which sold for $10 million, will be home to The M Tower, an approved 53-story, 440-unit apartment tower.

The 16,718-square-foot site includes air rights and waivers, which incorporate the old public garage into the new structure.

The idea has been in the works for several years.

The city’s Off-Street Parking Board approved a public-private partnership agreement for the project in 2013 between the parking authority and previous owner Downtown 56 LLC. The deal was amended in 2014.

The planned apartments are targeted toward students and young professionals looking for a connected urban experience, currently the largest market of downtown residents.

This is Colliers’ Urban Core Division’s third land deal in downtown Miami in the last month, totaling close to $100 million.

“This market is poised to see the largest influx of investors ever from other states and this transaction highlights that trend. New York-based Downtown 1st Street LLC’s purchase of this development site proves that the migration from the Northeast has only accelerated as the vibrant downtown neighborhood continues to evolve,” Ms. Mattingly stated.

“For years, Miami has promoted smart growth with greater density in downtown Miami due to the area’s easy access to mass transit. The vibrancy of downtown Miami is also increasingly attracting young professionals and families, and this project offers a tremendous opportunity to accommodate the growing population,” she said.

The M Tower project has Urban Development Review Board approval, which it obtained after an extensive request for proposals process.