Advertisement
The Newspaper for the Future of Miami
Connect with us:
Front Page » Business & Finance » Miami Banks awash in cash cut interest on deposits, boost lending 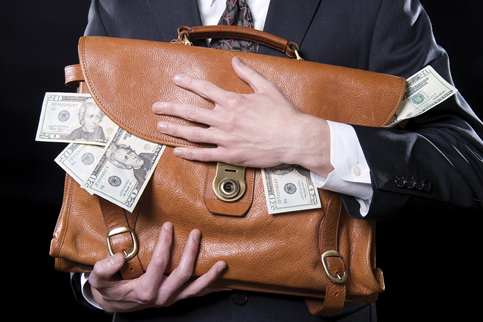 Even 17 months after the Covid-19 pandemic started, banking systems are still adjusting to the changes the health crisis brought to the economy. There’s no exception at Miami banks, which have experienced an increase in cash liquidity and had to respond to the increasing demands of clients.

Congress passed four special appropriations laws for the federal government to use in relief support to people and businesses. The largest was the Coronavirus Aid, Relief, and Economic Security (CARES) Act, which provided approximately $2.08 trillion.

Apart from the government spending in relief support, lockdowns prevented people from going out and traveling, which ballooned even more the cash flow in banks. Now, more than one year later, banks are still experiencing the effects of the pandemic.

Five bank presidents and top executives from Miami-Dade and Broward agreed that all banks are in the same situation: they have cash overflow and an increase in customers and lending activities.

“We accumulated cash over the last 18 months, so we find ourselves in a very, very long possession of cash,” said Jose Cueto, president and CEO of International Finance Bank. “We have several financial services we used to kind of manage liquidity, but it remains an issue in terms of the excess of liquidity. We cut our rates in our depository products like many other banks to counter some of those effects, but we are still very liquid.”

A. Alfonso Macedo, president and CEO of Ocean Bank, said that during 2020 his institution never stopped lending so it was able to grow its portfolio. “Of course, we do have payoffs and paydowns during the year, so the net growth was close to $400 million. That was during last year. This year is looking even better. We are working and lending a lot.”

“In the first quarter of this year as covid has started to dissipate, we had one of the best loan growth quarters that we had in ages. Our loans grew 25% in an annualized growth rate in the first quarter alone, from December 2020 to March 31 of 2021,” said Rob Anderson, CFO of U.S. Century Bank.

Calixto Garcia-Velez, executive vice president and regional executive at FirstBank Florida, said the bank saw a substantial increase in small to medium-size customers. “That’s why people like banking with community banks, because when there is a time of need like when the pandemic hit, banks like ours delivered the PPP (Paycheck Protection Program).”

The experience was no different in Broward County. Ginger Martin, president & CEO of American National Bank, said the bank was able to provide PPP loans for existing customers and then took care of friends of their clients, so the bank started making new loans for non-customers.

“If you were not a customer and we gave the PPP loan for you, we invited you to start banking with us. So, we grew in customers… We are seeing good loan demand, strong loan demand, more than last year, so that’s positive, but I still have a huge amount of money that is earning 10 to 15 basis points,” she said.

Low interest rates became an important factor for banks in terms of increasing their portfolio of clients. The Federal Reserve in June maintained its target for the federal funds rate at a range of 0% to 0.25%. The fed funds rate is the benchmark for rates such as customers’ credit cards, loans and mortgages. The only time the Fed established its rates this low was in 2008 and it maintained them there until 2015.

With such interest rates, banks are offering financing options that are convenient for clients. “Typically, a bank that needs to increase their deposits will need to increase their CD rates to attract new money. When a bank has a lot of deposits and doesn’t need to attract new money, they will typically keep their interest rates flat or may lower them,” explained Mr. Garcia-Velez of FirstBank Florida.

Mr. Cueto, the CEO of the International Finance Bank, agreed that rates at record lows have increased competitiveness among banks. “The Feds cut rates so typically the banks will follow. So, on the depository side of the equation, we cut our rates in line with the markets and on the lending side it’s a very competitive market. We can tell you that we have seen a compression on rates on the lending side of the business.”

Ocean Bank clients are taking advantage of fixed low rates, but at the same time the bank is protecting itself from the upcoming inflation by offering short-term repricing rates, explained Mr. Macedo.

“What the pandemic has shown is that everybody has a place in this market and people need to diversify. A lot of people that left the other banks with big money came back because they have a community bank that helped them with the PPP and could help them with the help they needed at that moment,” Mr. Macedo concluded.

In times of uncertainty, community banks were able to meet the demands of their customers. “We’ve been able to capitalize on what’s an unfortunate incident like covid by the larger banks not being able to really meet the demands,” Mr. Anderson said.