Advertisement
The Newspaper for the Future of Miami
Connect with us:
Front Page » Government » Miami-Dade looks at accepting cryptocurrency 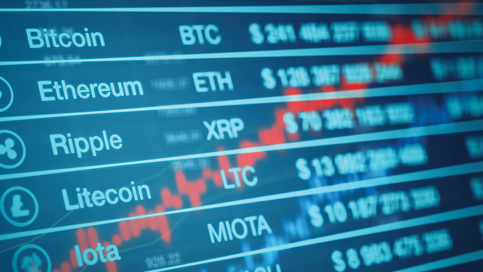 Miami-Dade is looking to get on the cryptocurrency train, as commissioners today (4/15) are to discuss creating a group tasked with developing recommendations for how the county can accept payments of Bitcoin, Ethereum, Litecoin and other similar digital monies.

Cryptocurrencies – decentralized digital currencies that use a technology called blockchain to track and secure funds – has had a breakthrough few years, with growing public attention at various government and business levels.

Companies like AT&T, Microsoft, Overstock, Home Depot and NewEgg have begun to accept Bitcoin. Others, like Starbucks and Whole Foods, soon will.

Most recently, the City of Miami in February launched a study of whether it should let employees opt for all or part of their salaries to be paid in Bitcoin, to create a process for the city to receive Bitcoin payments and if it should invest in Bitcoin itself.

Then, near the end of March, after more than a year of searching for a new naming sponsor for the home of the Miami Heat, Miami-Dade commissioners approved a 19-year, $135 million deal with cryptocurrency exchange platform FTX to rechristen what was once AmericanAirlines Arena as FTX Arena.

To keep the county up with the times, a new item by Commissioner Danielle Cohen Higgins would establish a one-year Miami-Dade Cryptocurrency Task Force. The 13-member group comprised of one appointee by each county commissioner, would be charged with:

■Studying how feasible it would be for Miami-Dade to accept cryptocurrency and other digital monetary forms as an acceptable method of payment for county taxes, fees and services.

■Identifying costs to the county associated with accepting cryptocurrencies for taxes, fees and services.

■Analyzing similar efforts by other local, state and national governments.

Members of the group, Ms. Cohen Higgins item said, must have at least five years of experience with cryptocurrency, financial, banking, business development or cybersecurity industries and “be representative of the community at-large, [reflecting its] the gender, racial, ethnic and cultural makeup.”

The group would have to meet at least twice monthly and, within 180 days, deliver to commissioners a final report of its findings and recommendations.

If it advances today, a final vote on the item by the county commission would tentatively take place May 5.

“Allowing Miami-Dade County to accept cryptocurrencies as a form of payment for county taxes, fees and services is one application of blockchain technology that has the potential to enhance convenience and save on costs,” the item said. “Additional study on the cost, feasibility and security of these systems is merited prior to the adoption of any of these new payment methods.”