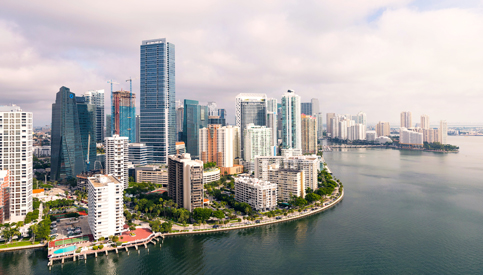 A global digital payment firm currently headquartered in Collier County will get more than $360,000 in state and local incentives to move to Miami-Dade, with vows to spend millions on its new world headquarters and create 180-plus high-paying jobs.

Not counting $41,000 in annual benefits the company expects to give employees, that’s “more than 200% of the average local capital wage,” according to James Kohnstamm, executive vice president of economic development for the Beacon Council.

The company will also invest more than $9 million in building out a 23,000-square-foot head office to replace its current center in Naples and “expand its software design and research/development operations,” a March 2 memo from county Chief Operating Officer Jimmy Morales said.

Through 2032, Miami-Dade said ACI’s capital investment will generate nearly $305,000 in property tax revenues for the county. Construction should begin and end this year, the company said in its application.

For every 50 jobs created, ACI is eligible for an additional 0.15% kickback from its capital investment through the Qualified Target Industry Tax Refund program. Of the $189,000 the company is to receive through that program, Miami-Dade will pay $37,800. The state will provide the remaining $151,200.

All county payments will come from the general fund, Mr. Morales’ memo said.

“The Beacon Council projects that the combined [incentives] will result in a positive fiscal impact of $92,127 to the countywide general fund revenues,” Mr. Morales’ memo said, adding that “disbursement of the TJIF Program award is contingent upon verifying the creation of the new jobs and the capital investment appearance on the tax roll.”

Unlike many applicants for relocation, capital investment and hiring incentives, the company did not ask for its name to be withheld from the public, as is afforded to eligible businesses.

In its application, ACI said that it plans to also apply for refunds of road impact fees and further incentives for quick response training.

Other than its planned new headquarters in the county’s seventh district, represented by Raquel Regalado, ACI reported having one existing office in Coral Gables.