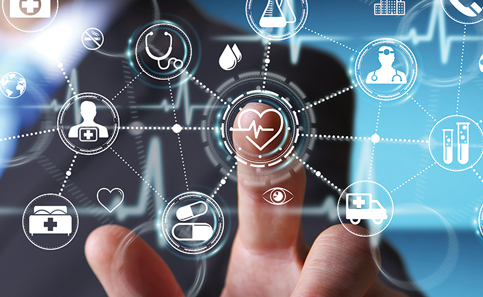 Baptist Health South Florida’s $100 million digital overhaul continues, now with a new tech leader at the helm whose prior work for a massive media and entertainment conglomerate will inform what he calls a “relentless focus on consumer experience.”

That means, among other things, unifying its several mobile apps into a single sleek and intuitive offering by the end of 2021, strengthening information technologies and laying the groundwork for a planned foray into the so-called “internet of things” next year, said Tony Ambrozie, Baptist chief digital officer and senior vice president.

“What we’re trying to do here at Baptist [is] build and rebuild the digital part, which is mostly about the consumer experience, [while] working in tandem with vendors in the healthcare space to build and rebuild our internal capabilities,” he said. “All throughout the journey [through our system], digital is the thread going through it all. So, that’s the focus. How do we make that journey meaningful from a digital perspective?”

In August, CEO Brian Keeley told Miami Today that Baptist planned to spend “something north of $100 million” to transform itself into the “Amazon Prime of healthcare in South Florida.”

Early goals included bringing a new scheduling and registration system online, first at Baptist’s smaller facilities in Homestead and the Keys. The system would come to all of the not-for-profit health care organization’s hospitals in “the next year or so,” Joe Natoli, executive vice president and chief administrative officer, said at the time.

“As expected, there were bumps in the road regarding transition from one data source and one way of doing things to another,” he said. “We have to take a pause and figure out how we roll it out elsewhere so we don’t replicate the same inefficiencies [and] duplicate efforts.”

To do that, Baptist engaged multinational consultant KPMG, which developed an overview of existing systems and processes and then advised the health care system on what its “transformation playbook” should resemble.

There are many tentacles to this digital health revolution,” he said. “The goal is a better, more seamless and safe experience for the patient and consumer [while making] sure you’re not doing anything negative somewhere else by doing something positive in one area.”

Last year, Mr. Keeley said Baptist had built significant data analytical capabilities at its Miami Cancer Institute. Work was underway, he said, to build similar provisions for other specialist centers within the system.

Dr. Fialkow said Baptist has since built a “huge, enterprise-level data warehouse” that serves as a nexus for accurate information usable across multiple disciplines. The potential result is faster, more effective diagnostics, prevention, care and development of future treatments and technologies.

“It’s what we’re calling a federated model, where it’s all in one place and run at the central level, but others – the federated spokes of the wheel – can access the data they need, and it’s the same data that everyone ends up seeing,” he said. “It sounds simple, but that was a huge undertaking. It started earlier, and part of Tony’s [job] is to lead that space and bring in the right people and workflows.”

Prior to that, he oversaw platform engineering, service development and application security for American Express for more than 11 years.

To make Baptist as user-friendly and accessible to customers as those companies, particularly Disney, which appeals to nearly all ages and cultures, Baptist’s digital initiative must focus on four dimensions, Mr. Ambrozie said.

First, there is the consumer experience through pre- and post-clinical interactions at all Baptist facilities. Second is the patient and visitor experience at hospitals and during clinical interactions. Third relates to clinical staff – physicians, nurses and other health care workers – and the digital tools and experiences at their disposal. And fourth, finally, is automation, data analytics and machine learning.

Taking that in order, Mr. Ambrozie’s primary aim this year is to combine Baptist’s Care On Demand, myBaptistHealth and PineApp apps into one super-app.

“Right now, we have three big mobile apps – I would call them first-generation – and we want to revamp that by the end of the year into a new mobile app that will focus on consumers, mostly, and create an effective, fast, to-the-point and personalized experience,” he said. “[It will] certainly [include] things like consumer profile, identity, registration, appointments, lab test results and prescription management. Also, we can revamp our telehealth experience that we’ve had for a while and was very useful last year.”

Use of Baptist’s Care On Demand telehealth platform, which launched in 2016, exploded during the pandemic as patients opted to virtually visit medical care professionals for nonemergency treatments.

Those numbers have since flattened, but at a much higher level and growth rate than before March 2020, Dr. Fialkow said.

“The cardiology group I run at Baptist has done 18,000 tele-visits since Covid,” he said. “Prior to Covid, we did zero.”

Starting in 2022, Baptist will begin work on expanding the remote medicine experience by harnessing health- and activity-tracking technology that has grown in ubiquity as our everyday devices become increasingly interwoven.
There are profound health care implications tied to the “internet of things,” objects and devices equipped with sensors and software that enable them to exchange information, or “talk,” with one another.

Examples include floor sensors in a person’s home that can detect through a person’s pattern of walking how susceptible they may be to blood clots or stroke, and toilets that can test urine for kidney disease and diabetes.
“Health care doesn’t have to happen just in the hospital or clinic,” Mr. Ambrozie said. “It happens all the time. So, how do we do that through the use of technology? That is where the value will be long-term.”

But with that come major concerns over security and privacy.

Technology conglomerates like Amazon and Google, which provide online storage and hosting services that organizations like Baptist need to compete in the 21st Century, own popular health- and activity-tracking companies like Fitbit and Halo.

When the same company that produces your fitness tracker provides you with health insurance or can affect its rate, many precautions must be taken, Mr. Ambrozie said.

“I’m pretty sure that’s where Google, Amazon and Microsoft [are] going or want to go – health insurance,” he said. “But there’s a way to use their technology capabilities while retaining control and sole access to the data. That’s what we’re trying to do versus [saying], ‘Hey Amazon, we trust you because we trust you. Here’s our data. Take good care of it.’ That’s not going to happen.”