Advertisement
The Newspaper for the Future of Miami
Connect with us:
Front Page » Healthcare » Miami-Dade prods state to add teachers, police to Covid-19 vaccine list 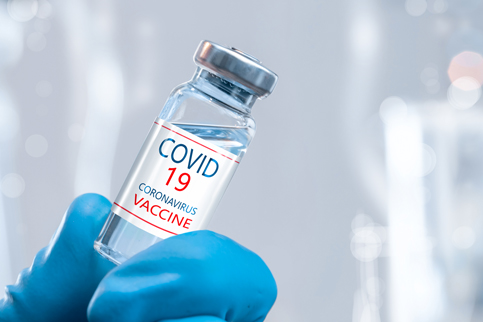 Florida should expand its next round of Covid-19 vaccines to include police, firefighters, teachers, school staff, and other essential frontline workers listed by a CDC immunization advisory committee, Miami-Dade commissioners say.

Commissioners Jan. 21 OK’d a resolution by Danielle Cohen Higgins urging state lawmakers and Gov. Ron DeSantis to add those workers, as well as people whose doctors diagnose them as extremely vulnerable to the virus, to the list of authorized recipients for vaccines by Pfizer-BioNTech and Moderna.

Ms. Cohen Higgins said the day marked the first anniversary of the first reported case of Covid-19 in the county. School and workplace closure soon followed.

“Shortly thereafter, our schools were reopened, and while many of us were staying at home, there were essential workers that were declared, people like our teachers and our law enforcement officers, and since March 2020 these people have been frontline workers in addition to our nurses and hospital workers, combating the virus in their own way and having very high exposure,” she said. “We have recently received vaccinations; however, the essential workers that were declared then were not prioritized.”

On Dec. 1 – 10 days before the US Food and Drug Administration authorized the Pfizer vaccine for emergency use and 17 days before it did the same for the one by Moderna – the CDC Advisory Committee on Immunization Practices released its list of recommended recipients.

Three days later, Gov. Ron DeSantis announced that the first in Florida to receive the vaccinations would only be long-term care facility residents and staff, health care workers with direct patient contact, people 65 and older, and people whom hospital workers identify as extremely vulnerable.

“I simply ask our governor to please add on the next round of vaccinations for our teachers, our law enforcement officers and other frontline workers to be prioritized,” Ms. Cohen Higgins said.

She then read a letter from the United Teachers of Dade that expressed support for her item.

But the item did not escape criticism that its aim was too narrow.

Raquel Regalado asked for the item to be amended so that hotel and restaurant workers could also join the list of vaccine prioritization requests, noting that members of the service and hospitality industries have been lobbying Tallahassee.

“It’s a concern, especially since we have covid hotels,” she said, referring to a free hotel network the county set up to provide people who have tested positive for the virus or risk exposure at home with temporary lodgings.

Ms. Cohen Higgins explained that the item was meant to match language of the CDC’s list, which doesn’t specify hotel and restaurant employees as frontline workers. She said her office had spoken with representatives from those groups and planned to include them in a follow-up item she expected to be ready next month.

To that, Ms. Regalado asked why it made sense to wait when they could easily insert language providing for both right then and there.

The reason, Ms. Sosa said, is that it’s easier to get state lawmakers behind a cause if it’s simple and specific.

“We start fighting for one thing this week, and we continue fighting for other things that are needed in the future,” she said. “If we put everything together, then it doesn’t create the ability to fight for each issue.”

Ms. Regalado disagreed, citing her own experience with Tallahassee and as a school board member.

“A more comprehensive message would be better than a piecemeal one,” she said. “Our former legislators [on the commission] can speak to how that is accepted in Tallahassee. If you add the hotel workers and the restaurant workers to this, they actually have more political capital in Tallahassee than these other groups.”

René Garcia, a former member of the Florida Senate, rebutted Ms. Regalado’s assertion. The broader and more inclusive the item, he said, the more “it loses its oomph.”

He then suggested adding another group to a future list of people who should be prioritized that have been dangerously overlooked: health aides who take care of seniors in their homes.

Others on the dais backed Ms. Regalado’s requested amendment.

“I’d do it all at once,” said Ms. Heyman, who served in the Florida House for eight years.

Ms. Higgins pointed out that the CDC guidelines were for the entire nation and don’t take into consideration regional economies. And Miami-Dade’s economy depends on hotels and restaurants, she said.

“Our economy doesn’t start up properly until our tourism economy starts up properly,” she said. “Our hotel and restaurant workers are part of our economic engine in a way that doesn’t exist in other states.”

Some counties in Florida appear to already be administering vaccines to those listed in Ms. Cohen Higgins’ item. On Sunday, public school employees and veterans received doses at two locations in Broward, according to a report by NBC 6.

On Tuesday, Mayor Danielle Levine Cava announced that after weeks of online-only appointments – an arrangement that has cause frustration among many seniors and their loved ones – Miami-Dade has a new vaccine appointment hotline.

Seniors can still check for appointment openings at https://jacksonhealth.org/keeping-you-safe/, but they now can also call (305) 614-2014.