Advertisement
The Newspaper for the Future of Miami
Connect with us:
Front Page » Arts & Culture » Filming grant may put Miami on Love Map 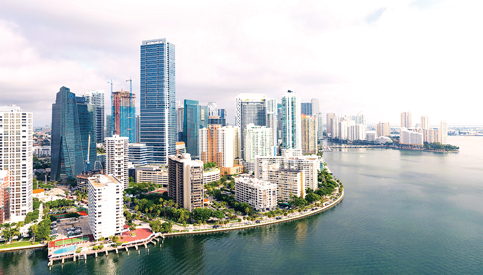 A romantic comedy movie expected to air on the Lifetime Network about a relationship guru finding love in unlikely places is seeking a $50,000 county grant to shoot here this month.

County commissioners were to have considered the grant application from Holiday Films LLC Wednesday. The authorizing resolution, sponsored by Sally Heyman, did not receive committee approval beforehand and was expedited to a final vote by Chairman Jose “Pepe” Diaz.

In its application, Holiday Films said it plans to shoot 12 of 15 days in Miami-Dade, where it will spend $530,000 on production, employ at least 20 county residents and hire “above 70%” of the vendors it uses locally.

That qualifies the company to receive $50,000 through the Miami-Dade TV, Film and Entertainment Production Incentives Program’s lower tier, which covers productions that spend at least $500,000 but less than $1 million.

Productions that spend $1 million or more here and meet similar hiring criteria are eligible for $100,000 grants through the program, which commissioners created through legislation by Ms. Heyman in 2017 after a state incentives program died due to a lack of funding the year prior.

The plot synopsis Holiday Films provided for “Love Map” reads: “When a self-assured relationship columnist, who is about to launch a dating app that utilizes a figurative map of personal characteristics to match people, is sent on assignment with a prickly tour guide to create a promotional tool of a real map of the most romantic places in Florida, their differing views on love makes for a bumpy ride. But during an unexpected detour, tender moments happen in the most unlikely places and the road to true love often takes you off course.”

Holiday Films is registered with the Florida Division of Corporations under Ivelisse Cortijo and Damian Romay, listed in the grant application respectively as production accountant and director/producer.

Producer and production manager Jacobo Rispa, whose address is in Palmetto Bay, is listed as preparing the application in late November.

Writers, directors, producers and actors Mr. Romay and Mr. Rispa have worked on numerous projects together, according to IMDB. Their most recent collaboration was “A Taste of Christmas,” which the Lifetime Network released in November. Production notes on the website say they shot the film in Helen, GA.

Mr. Rispa wrote that his company had considered Georgia for “Love Map” as well, as the state offers a 30% film tax credit, but added: “If we can receive the grant from Miami-Dade then it would make total sense to film here. We want to work with Miami based crew and talent. We want to invest in the county where we live in.”

He later wrote: “We’ve filmed 10 movies in the past years in Miami-Dade County. We have steady relationships with vendors, crew members and talent. We need to help keep supporting our community. That’s why this grant is extremely important.”

Mr. Rispa said his company is “Covid compliant” and observes “all safety measures including regular testing for all cast and crew.”

Principal photography for “Love Map” was to have run from Jan. 7-26. Documents say the production would spend three days shooting in the Florida Keys.

The company said it would rent hotel rooms for cast and crew at the Four Points by Sheraton in Coral Gables and that it was willing to display “Filmed in Miami-Dade County” in its credits.

One Response to Filming grant may put Miami on Love Map