Advertisement
The Newspaper for the Future of Miami
Connect with us:
Front Page » Communities » Miami below average in income, education, census study shows 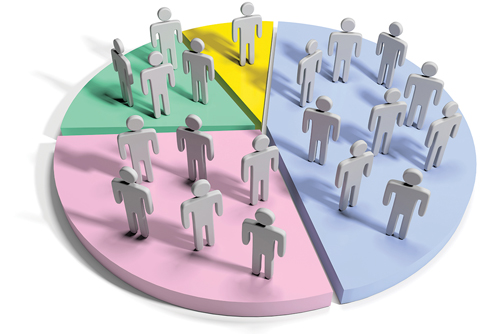 Miami’s differences from most other areas of the United States show up in more than palm trees, broad beaches and global recognition: the differences become abundantly clear in economic and social characteristics as measured by the US Census Bureau.

The census figures are presented simply as numbers and percentages, open to interpretations of both cause and effect of the gaps between Miami-Dade County and a vast nation of which it comprises less than 1% of the population. Nor does the survey show changes over time – it is merely a snapshot of the community as it was in 2019, when the data were compiled.

But the data can be viewed to interpret community needs, assets and opportunities. Views can also help us understand why Miami-Dade is able to attract some new job-producing companies but is unable to interest others as they either expand locations or seek new headquarters sites.

Those census figures find Miami-Dade lagging behind the nation as a whole in income levels, educational attainments, insurance coverage and use of the English language. Those figures might help explain why the county in recent years has attracted far more lower-income warehouse jobs but was ruled out recently by Goldman Sachs as the firm is seeking to move a large division from Manhattan to South Florida.

The most closely viewed population characteristic has long been ethnicity: Miami-Dade becomes more Hispanic as the populations of both non-Hispanic Black and white residents shrink.

Education saw a large divide between Miami-Dade and the nation as a whole. Far more persons here fail to complete high school, and at all levels from high school through graduate school Miami-Dade also lags. Even among foreign born residents nationally, this community’s foreign-born fail to achieve the educational levels of their national counterparts.

Household incomes here were found far below the national levels. Miami-Dade had 73,212 households with incomes of less than $10,000, which is 8% of the  households versus 6.5% nationally.

Miami-Dade likewise had far larger slices of households in each bracket earning from $10,000 to $34,999 than did the nation as a while. On the other hand, in income brackets from $75,000 up Miami-Dade trailed the national percentages every time.

The county had 83.7% of residents with health insurance coverage, trailing the national level of 91.3%.

Miami-Dade at the time of the survey was well ahead of the nation as a whole in one significant positive figure: only 3.5% here were unemployed, far better than the 5.3% rate nationally. The pandemic has altered this to the point that the county’s current 7.4% unemployment rate is its best since March.