Advertisement
The Newspaper for the Future of Miami
Connect with us:
Front Page » Profile » Sandor Scher: Set to bring hotel, condos, retail to Beach’s Ocean Terrace 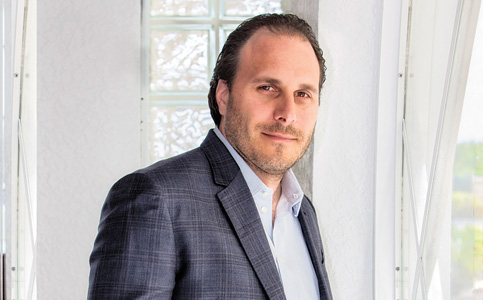 For almost two decades, Sandor Scher’s Claro Development has advised on more than 100 projects in over 60 cities, adding nearly 2,500 hotel rooms in South Florida and, according to firm figures, delivering more than $750 million of hospitality, commercial and historic restoration development.

His entrée into real estate came through a restaurant startup that over 6½ years opened more than 100 dining establishments nationwide. Mr. Scher, the company’s first employee, found his calling on the real estate side of the business.

“I was taught by some of the best individuals at the time,” he said. “When I left the firm, I was director of development – an incredible ride.”

He founded Claro while in New York City but relocated with his wife to Miami in 2003. From there, he said, it’s been one project after another, all by word of mouth.

The first major hotel projects Claro led were The Standard and The Raleigh Hotel in Miami Beach in 2004. Both were for Greenfield Partners, an equity fund with which he’d formed a relationship, and renowned hotelier André Balazs.

Since then, Claro has been involved in many notable projects on the beach, including Costa d’Este Beach Resort & Spa in Vero Beach with Gloria and Emilio Estefan, Faena Miami Beach and Shelborne South Beach.

The project is overdue for the area long in need of revitalizing, he said, and it will help to spur similar developments nearby.

“The Ocean Terrace neighborhood needs a project that is a catalyst for the entire North Beach area, and one that’s dynamic enough that it brings the entire community together and works as an anchor for areas immediately adjacent to it, like Town Center,” he said. “They also would love to have a hub with some energy that’s more in line with today’s Miami Beach.”