Advertisement
The Newspaper for the Future of Miami
Connect with us:
Front Page » Business & Finance » Velocia app takes healthy new look at mobility 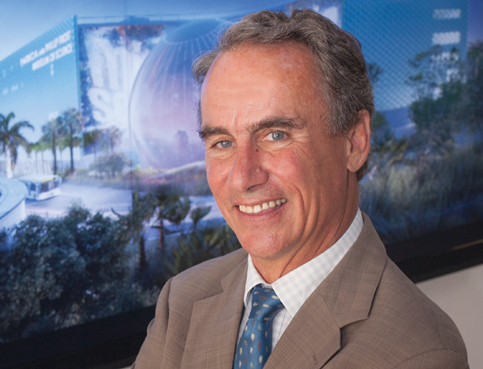 Finding new ways to reward its roughly 10,000 users, the Velocia app encourages the use of public transit, car-share, scooting and biking, with the initiative to promote an economical and healthier ecosystem.

As its main objective for travelers to use resources that already exist, the commuting service provider is negotiating and adding new partnerships to make sure essential workers and the public are getting to their destinations efficiently and more safely.

The app, which can link to Apple Health, Google Health and Fitbit, provides an array of public and private mobility partners. Service partners already included are Miami-Dade Transit, Bolt, Jump, Getaround, Swiftseat and Citi Bike. Along with high rises like Panorama Tower in Brickell adding the app as an amenity for residents, users will also soon benefit from new mobility services like Poseidon Ferry, Revel and Stock-Up Mart, Velocia’s leaders say.

“At this moment, we are looking at driving behaviors and public transit to determine how to get essential workers to their jobs during the pandemic,” said Eldredge Bermingham, Velocia’s co-founder and head of strategic partnerships.

Velocia users earn VELOs [rewards points] for moving from point A to B safely, efficiently and economically. Through the application, they can determine mobility solutions that are in their own best interest. Users can glance at how their choices benefit both their health and communities.

For example, a commuter can ride a Citi bike to the Poseidon Ferry pick-up locations at Bentley Bay Marina in Miami Beach or Miami River Bay Walk in downtown Miami. With just those two traveling alternatives, users are rewarded with VELOs, which can later be credited toward a Lyft or Uber ride, Mr. Bermingham said.

“You can leave your car at home and leave the traffic behind – all while getting some exercise.”

Next on the agenda is to find traffic relief solutions for Doral, which has a huge problem with over 120,000 workers traveling in and out of the city a day, Mr. Bermingham said. “Most workers come from the north in the Tri-Rail, from the east through the Metrorail, and commuters traveling from the south frequently use the trolley. We are planning to work with providers that offer vans on demand, which will also help minimize the number of single-vehicle cars on the road and overall reduce carbon emissions.”

Using Miami as a model city, Velocia is planning to launch the app in Toronto in late August.

“We want our users to experience a fun adventure while getting around in Miami-Dade rather than being stuck in rush hour traffic,” Mr. Bermingham said.