Advertisement
The Newspaper for the Future of Miami
Connect with us:
Front Page » Government » Two-nation team powers ahead to build Florida-Mexico sea trade 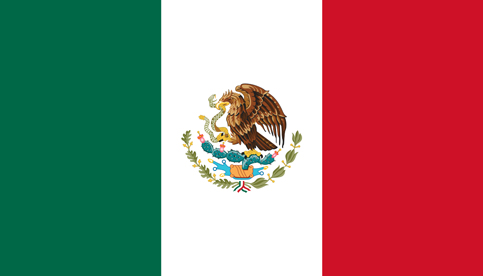 With the US-Mexico-Canada agreement taking effect this month, the newly formed Florida/Mexico Working Group is looking at ways to expand maritime trade between the two economies. The group, which formed as a result of a letter of intent signed in November by the Florida Ports Council and Mexican Coordinadora de Puertos, consists of six members from Florida and six from Mexico.

One goal of the group was to maximize the use of Florida’s 15 public seaports for trade between the two parties, Alice Ancona, senior vice president and chief operating officer of World Trade Center Miami, told Miami Today. At the moment, she said, they are looking to identify the best routes and cargo to target for the expanding trade.

“It’s not just about randomly growing trade,” she said, “it’s about identifying which cargo is prime for growth.”

In 2019 alone, Florida’s trade with Mexico was valued at over $10 billion, a number Ms. Ancona said is a “starting point” that can be grown incrementally. South Florida, she said, is responsible for 64% of the state’s trade.

“Mexico has long been one of Florida’s strongest trading partners, but we see substantial opportunities for growth in bilateral waterborne trade,” said Doug Wheeler, president and CEO of the Florida Ports Council, in a press release earlier this month.

“The establishment of the working group,” Jonathan Chiat Auerbach, consul general of Mexico in Miami, said in the release “is an example of the commitment and interest of both parties to make this relationship an axis of trade and investment between Mexico and the United States.”

The working group first met June 30 and is to convene every two months in addition to working on assignments in the meantime.

Ms. Ancona, who has been designated as Florida’s liaison in the group, meets more frequently with her Mexican counterpart and is responsible for keeping the team on task and identifying the methodology for determining routes and cargo.

In particular, she said, the group is looking at cargo that is traditionally transported on land, such as automotive products, as well as particular products that may be subject to updated customs regulations following the new trade agreement. The next six months, she continued, will probably be spent identifying these routes and products.

In addition to the new trade agreement, Ms. Ancona said she believed the effects of the pandemic could alter trading patterns as more companies seek to supplement their supply chains or move them closer to home, hopefully providing more business for Florida companies.

“There’s a lot of surveys going out into the industry,” she said, “and about 50% of supply chain managers are looking for alternatives outside of China.” Moving or altering these supply chains, she continued, cuts down on vital production and shipping time and can be extremely important in a crisis.

“We saw during the pandemic the need to get products to the customer as quickly as possible,” she said. Shipping across the world can take 20 to 30 days, while a trip from Mexican to Florida ports ranges from two days to three, depending on the location of the ports.

Strengthening Florida’s infrastructure, she said, will hopefully attract companies looking to source from local companies as well as increase the potential for foreign investment.

Though looking at maritime trade routes is an important step, Ms. Ancona said the potential for expanding trade between Florida and Mexico won’t stop there. “This is phase one,” she said, “but there’s certainly opportunity to do much more over the coming years.”

“We have a lot more to offer,” she said, and the next few years will see the continued evolution of a “more robust supply chain between Mexico and Florida.”