Advertisement
The Newspaper for the Future of Miami
Connect with us:
Front Page » Arts & Culture » How history will view Miami in pandemic

How history will view Miami in pandemic 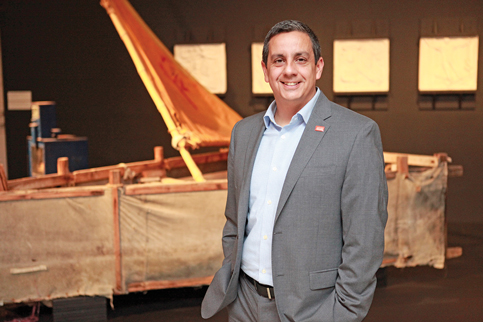 While 2020 will almost certainly be remembered as the year of the most devastating pandemic in modern times, today’s historians agree that there are too many unknowns to guess at how historians of the future will look back on this era. Already the virus has exposed a host of economic, political and social flaws that South Florida, like the rest of the nation, will have to address – and it’s far from over yet.

“This is a turning point, a huge moment in our history,” said Paul George, resident historian at HistoryMiami Museum and author of several books on local history. “I think it will leave long-term scars.”

Some of those scars will be economic.

“This will make us smaller, economically speaking, for a long time,” he said. “Nationally, the economy has contracted a lot in the past year. I think the GNP for 2019 will be higher than we’ll see in the next four or five years at least. Unemployment has skyrocketed, especially among the economically challenged. A lot of undocumented immigrants and mom & pop stores are not going to make it – and they are the basis of Miami’s economy.”

In addition, Dr. George said, Miami is still largely tourist-oriented. “We’re surrounded by water,” he said, “and we’ve built our economy around that – boating, fishing, parties on the beach. Now hotel occupancy is negligible, and that has become a challenge for our survival.”

One big reason the US has been particularly hard hit, he said, is a lack of leadership. Medical experts have long warned of the inevitability of pandemics. The Obama Administration created the National Security Council Directorate to prepare for such events, but the Trump Administration dissolved it.

The tricouty area is an exception to the rest of Florida in that rules imposed by its elected officials are more stringent. The City of Miami, Dr. George said, enjoys good leadership, particularly from Mayor Francis Suarez, himself an early Covid-19 patient.

The 1918 influenza epidemic is often cited as a precursor to the current pandemic, but historians say that, while there are superficial similarities – people had to wear masks, for example, and were chastised for not wearing them – it was actually quite different.

Locally, “the 1918 epidemic was over within a month,” Dr. George said, “from the beginning of October through the beginning of November, while this one appears to be going on indefinitely. I think this is not just very troubling but a tremendous surprise, and we weren’t prepared for it.”

The greater susceptibility of black Americans to Covid-19 is exposing another wound on the body politic. Data from the non-partisan APM Research Lab shows that African Americans are dying from the disease at almost three times the rate of their white counterparts.

“There has been increasing anger among blacks as the disproportionate impacts of the virus have become widely known,” said Marvin Dunn, retired professor of psychology and author of “Black Miami in the Twentieth Century.” “The level of disgust, disappointment and anger has been growing.”

Demonstrations protesting the killing of George Floyd, he said, are a valve to release that anger.

Dr. Dunn emphasized that the protests in Miami cannot be compared to earlier events such as the 1980 riots following the acquittal of four white police officers in the death of Arthur McDuffie.

“For one thing,” Dr. Dunn said, “what we’re seeing now are protests, not riots. Leading up to 1980, there was no sense of justice in the black community. Riots are never about jobs or housing. Social injustice is the powder keg.”

This month public officials in communities across the country are voting to declare racism a kind of pandemic. Whether these events will usher in lasting change in systemic racism remains to be seen.

In Miami, Dr. Dunn said, a peaceful demonstration on June 7 in the form of a 2½-mile caravan through Liberty City and Overtown in support of justice for George Floyd wrought one positive outcome: an announcement that a plaque the community has long lobbied for will be erected on the spot where Arthur McDuffie was beaten.

One thing that can be predicted is that historians of the future, like those past and present, will rely on primary source material such as official documents, diaries, letters, interviews with people conversant with the topic under scrutiny, photos and newspapers, Dr. George said.

“We’ve been thinking about how to do this,” he said, “since the day we closed – how we’ve been impacted and how we’ve responded. What are our experiences with health care, closures, cancellations, home schooling, unemployment, social distancing and the situations people find themselves in?

“Now the protests have added heightened emotions and sensitivity. We need to show how all these things contribute to each other.”

Often photography is the strongest medium to preserve the past, Mr. Zamanillo said, citing as example the museum’s exhibit a few years ago marking the 25th anniversary of Hurricane Andrew. While a pandemic may not be as photogenic in the same way, he said, “one thing that stands out is signage – hand-made signs announcing closings or new rules and procedures in place. Some are really creative.”

The museum must also find safe ways of accepting materials from people, Mr. Zamanillo said, as well as give careful consideration to whether it is too soon to approach people for personal accounts.

One option, he said, is History Museum’s popular “Miami Stories” archive, where people can contribute their pandemic stories in written or videoed form (Details: https://www.historymiami.org/miamistories).

One Response to How history will view Miami in pandemic