Advertisement
The Newspaper for the Future of Miami
Connect with us:
Front Page » Profile » Christina Crespi: Leading Downtown Development Authority into recovery 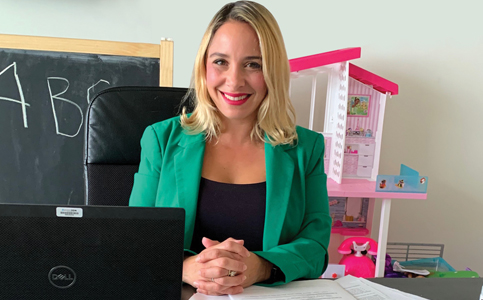 Since she came back home from college, Christina Crespi has been involved in government. A Miami Beach native, her fondness for Miami Beach’s parks and recreation led her to her hometown city’s government, where she worked as a case worker in homeless services. Her boss at the time then recommended she apply for a former county management training program, where out of 150 candidates she was one of four selected.

She quickly transitioned into permanent staff positions, working under former county manager George Burgess and then Alina Hudak, the first woman county manager. Then Alice Robertson, former executive director of the Downtown Development Authority, told her of an opening at the agency working in government relations. Some of Ms. Crespi’s first initiatives included addressing the homeless issue downtown and attracting more schools into the area, which led the county school board to invest millions in a middle school downtown, as well as attracting Mater Brickell Preparatory Academy to the area.

She continued moving up the ladder to deputy director, and in April the Miami City Commission ratified her appointment as executive director – just as Covid-19 came into the picture.

As the unexpected makes its way into the fray, Ms. Crespi says it’s important to embrace change. It’s something that was instilled in her by her parents, and something that as a single mom she’s teaching her children.

“My parents are from Cuba and Venezuela, but they’re business owners here in Miami Beach and have evolved in all different types of capacities, so I learned from them to embrace change and move things forward no matter what the circumstance.”