Advertisement
The Newspaper for the Future of Miami
Connect with us:
Front Page » Profile » Alex Rodriguez-Roig: Looks for two expansions at growing Boys & Girls Clubs 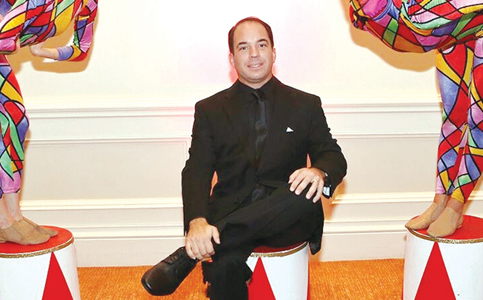 For close to 17 years, Alex Rodriguez-Roig has charted the course for Boys & Girls Clubs of Miami-Dade, overseeing the operations of five locations across the county that together serve 8,000 youths year-round.

His path to the top of the organization began humbly in 1996 when, while still in college, he joined as a volunteer to help kids with schoolwork. One memory from then still stands out today, he said.

“A young girl, probably 9 or 10, gave me a Valentine’s Day card with a chocolate. She said, ‘It’s because you helped me learn how to read,’” he said. “At the time, I didn’t think much of it, but it comes back to mind all these years later and was probably the hook that set me on this path.”

After leading an initiative to install computer labs at the clubs, the organization offered him a permanent job upon graduation running its educational programs. From there, it was a steady path upward – from education director to assistant executive director – that peaked in 2003, when he became president.

Boys & Girls Clubs of Miami-Dade runs on about $5 million yearly. In exchange for contributions from public and private groups and individuals, the organization produces a $78 million impact on the community – a 1460% annual return on investment.

Much of that, he said, is because the services Boys & Girls Clubs offers helps parents keep their jobs or go back to school to improve their careers. There’s also the direct impact the organization has on kids, who with its help stay focused and graduate at a higher rate.

“It all becomes part of the fabric,” he said. “If kids aren’t being taken care of after school, when they’re statistically more likely to get into trouble, then parents can’t work. And if parents can’t work, the community isn’t producing. It’s a snowball effect.”

Now during the coronavirus pandemic, Boys & Girls Clubs is providing its services online through a “Virtual Club” that offers youth members a variety of activities to keep them occupied and positive.

“It’ll never fully substitute for being in the clubs, but it’s very close considering the situation we’re in, and it’s been helpful for our kids who are suffering from anxiety and depression based on what they’re seeing at home,” he said. “Mom and Dade may have lost their jobs. Conversations at home may be, ‘How are we going to pay for food and rent?’ That affects kids. Having them be able to engage for two to three hours a day, depending on what programs they’re in, has been a huge help, and we’ve had fantastic feedback from families.”