Advertisement
The Newspaper for the Future of Miami
Connect with us:
Front Page » Real Estate » Related Group honored for bevy of awards 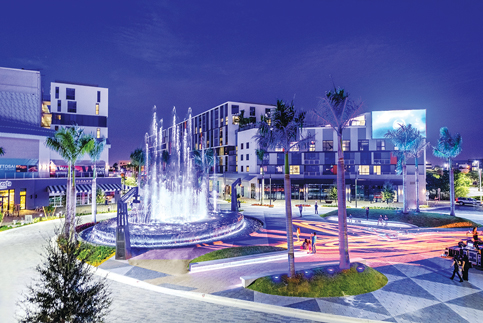 Last year executives and projects of The Related Group, a leading developer of metropolitan living in Florida as well as one of the country’s largest real estate conglomerates, won several accolades. Based on these recognitions, Miami Today’s Gold Medal Awards judges chose the company as one of this year’s winners for an institution. The specific award level – bronze, silver or gold – will be announced at a reception and dinner to be held when the pandemic ends.

“With each award Related wins, the team reaffirms its larger goal of catalyzing positive social, cultural and economic change with each and every project we deliver – regardless of price point, category or location,” said Matt Allen, Related’s COO. “Fueled by a tireless drive to build better cities, Related remains laser-focused on rethinking industry standards, always with a keen eye for ways to drive meaningful community benefits.”

Two Related executives were cited as Women of Influence in the 2019 Real Estate Forum, which highlights women whose achievements have helped shape the commercial real estate industry.

Allison Goldberg was named Marketing Director of the Year, while Sonia Figueroa was honored as Development Professional of the Year.

“Allison’s ability to expertly manage even the smallest of details while overseeing marketing strategy for one of the largest and most prolific development companies in the country has established her as one of the most influential female executives in the industry,” Mr. Allen said. “Sonia is one of the few female developers to climb to the very peak of the national real estate industry. In 2019, she helmed the delivery of the sprawling Paraiso District, a four-tower condominium development in the heart of Downtown Miami’s Edgewater neighborhood. The successful completion of the project is not only one of the most important accomplishments in Sonia’s career, but also in the Related Group’s 40-year history.”

The 2019 Urban Land Institute Awards lauded Related’s CityPlace Doral as South Florida Project of the Year. The institute recognizes the leaders and projects in South Florida that best exemplify ULI’s commitment to responsible land use and development.

“CityPlace Doral has been a game-changer for Doral, which for many years was known as a disjointed collection of gated housing communities, cookie-cutter strip malls, one-off office parks and industrial warehouses,” Mr. Allen said. “The development created a convenient and walkable urban district, providing residents a true live-work-play atmosphere. It has grown to become the beating heart of the city.”

The sale of the adjoining properties to Blackstone, a New York-based investment firm, was completed in under 30 days, Mr. Allen said, at a record price of nearly $209 million.

The Structures Award for Best Affordable Residential was presented to Martin Fine Villas in Miami, a 55-plus community purpose-built to meet the requirements of elderly and special-needs residents, many of whom are wheelchair-dependent.

One Response to Related Group honored for bevy of awards