Advertisement
The Newspaper for the Future of Miami
Connect with us:
Front Page » Real Estate » Developers move fast to meet Miami’s growth needs

Written by Kylea Henseler on May 25, 2021
Advertisement 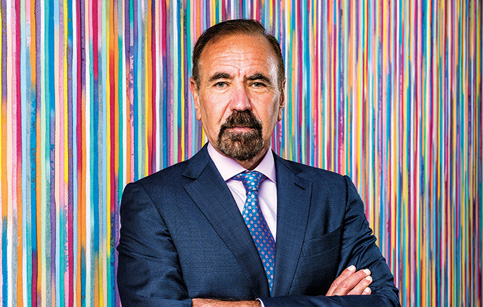 As Miami continues to rebound from the pandemic, developers are making their mark by building new towers and infrastructure to meet the current and future needs of the city.

This past year, the group has hit a number of milestones, including breaking ground on mixed-income transit-oriented housing project Grove Central and securing a $64.8 million construction loan for the development of 27-acre multifamily development Natura Gardens. Two of the greatest achievements, Mr. Martin said, were the deliveries of condominium buildings Eighty Seven Park in North Beach and Park Grove in Coconut Grove, both of which promptly sold out.

Authenticity, Mr. Martin said, is key in development, and Terra wants to build projects that make neighborhoods better and give residents pride. In 2021, he said, a big goal for the group is to focus on market research centered on post-pandemic needs and trends that will inform later development decisions and innovations.

Having grown up in Miami, Mr. Martin said, he has a lot of pride in his community and tries to stay active in multiple ways by taking an interest in cultural, children’s and health issues. Currently, he said, he serves on the boards of Nicklaus Children’s Hospital and The Bass.

“There’s a lot of organizations I’ve taken an advisory role in,” he said, “and also a lot that we support financially.”

One issue Mr. Martin said he hopes Terra can help address is that of affordable housing in Miami-Dade. Roughly 90% of the built environment in the county, he said, is zoned for single-family housing.

“A lot of people look to solve affordability by creating subsidies which, in our view, is not sustainable,” he said.

“My view,” he continued, “is that affordable housing should be sprinkled throughout our entire county, not only in certain pockets. And we have an idea on how to build affordable housing in a more cost-effective way without requiring subsidies.”

Jorge Pérez, chairman of The Related Group, philanthropist and champion of the arts, also said this is an issue developers and officials must consider as the county moves into the future.

“Miami should not and cannot become a city solely for the 1%,” he told Miami Today via email. “We are going through one of the most exciting times in the history of the city; however, we cannot forget there are still countless families and individuals in need of opportunity. Officials must leverage the lessons of the globe’s other major metropolitan areas to build a Miami everyone – no matter their background or socioeconomic circumstances – can feel proud of.”

Mr. Perez and The Related Group were cited by Ron Shuffield, president & CEO of Berkshire Hathaway HomeServices EWM Realty, for their accomplishments and contributions to the Miami-Dade community not just this year but over a handful of decades.

“It’s his mark that established the style of the “new Miami,” Mr. Shuffield said. “When you look at the architecture of our landscape, so much of that Jorge had a hand in. It was his vision that could see what would become a dynamic downtown area.”

“I founded Related in 1979 with the goal of building an even better Miami,” Mr. Perez said. “More than four decades later, Miami has been totally transformed and is well on its way to becoming one of the world’s great cities. Nevertheless, each one of our jobs continues to be built with that original goal in mind, no matter the price point or target demographic.”

From including museum-quality art in developments to building community green spaces, he said, Related is always trying to deliver on that mission and improve the neighborhoods it builds in. The Group has expanded since its founding decades ago, and now has over  $2 billion worth of inventory planned and under construction across the nation.

Last fall Jon Paul Perez, son of Jorge Perez, took the reins as company president. Being able to pass the crown to a relative, Jorge Perez said, is a great achievement in itself.

“I’ve been very fortunate to have been able to achieve a great deal over the course of my life and career,” he said, “but nothing beats building a family that shares my passion for making a positive difference.”

“Driving around the city and seeing just how far neighborhoods have evolved brings me great joy,” he continued. “But knowing that the next generation of the Perez family will continue my lifelong efforts is my ultimate legacy. I truly wish I could see the new heights Miami will reach and the role Related will play.”

The group’s focus, he said, is not just on development.

“Through The Related Group Philanthropic Foundation,” he said, “we are providing support to a variety of causes, from health and wellness to social equity. We are also proud supporters of a variety of Miami-Dade organizations, including FIU, The National YoungArts Foundation and many more.”

As Miami-Dade continues to set its sights on becoming a tech and finance hub, Mr. Perez said he would work to support that goal.

“I am committed to supporting elected officials and the private sector as they continue to attract national and international businesses to the city,” he said. “This influx of capital and talent goes far beyond real estate sales, it is about setting the city and region up for the next stage in its growth. From day one, I knew Miami/South Florida had the potential to be a hub for business, culture and lifestyle – and that vision is becoming more and more real with every day.”

Two other developers that deserve recognition for their work this year, Mr. Martin said, are Goldman Properties, which has developed a number of properties in Wynwood, and Dacra, headed by President and CEO Craig Robins.