Advertisement
The Newspaper for the Future of Miami
Connect with us:
Front Page » Business & Finance » Miami-Dade incentives spur four companies to add 438 jobs

Written by Jesse Scheckner on May 5, 2020
Advertisement 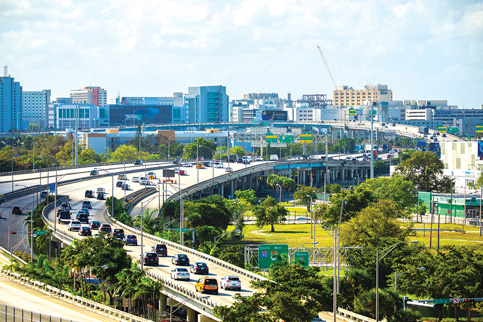 County lawmakers Tuesday OK’d applications from the Beacon Council to give financial aid to the businesses, which will either set up or increase footprints in or north of the City of Miami.

“Confidential Project Vent,” an “advanced manufacturing company of transportation products” with existing operations here, is to build a 45,000-square-foot facility in Northwest Miami-Dade, represented by Jose “Pepe” Diaz. The company expects to start construction this summer.

“Vent” is to create 45 full-time equivalent jobs over three years and support 14 indirect jobs while maintaining 21 existing ones. The new jobs will pay a $68,000 average annual salary, plus $12,020 in benefits.

The company has committed to a $20.2 million capital investment that will generate $660,906 in property taxes over a decade.

“Transformation” is to grow by 50,000 square feet its corporate international headquarters, located in Eileen Higgins’ district, which encompasses parts of Miami and Miami Beach, spending $4.85 million over eight years and generating $499,510 in new property taxes.

“Macro Cyborg” is to make a capital investment of $1.51 million, generating $148,625 over seven years to lease, renovate and expand its current facility by 10,000 square feet.