Advertisement
The Newspaper for the Future of Miami
Connect with us:
Front Page » Government » Redistricting aid to usher in Miami-Dade County sea change 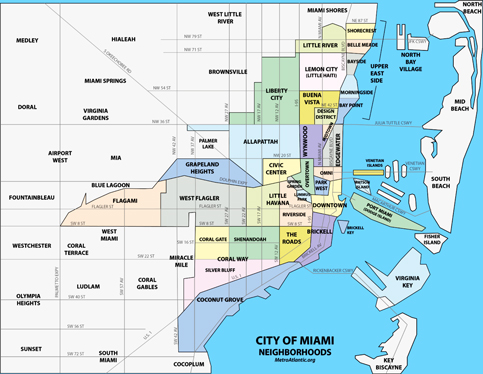 The 2020 Census will prompt many changes throughout the country, at both national and local levels. Among them is a remapping of Miami-Dade’s 13 commission districts, and the county is now seeking guidance for how to proceed in that undertaking.

County commissioners on Jan. 22 directed Mayor Carlos Giménez’s administration to put together a bid solicitation for a “redistricting expert” to advise them and the county’s Redistricting Citizens Advisory Board on the process.

In keeping with the directive, Mr. Giménez’s staff delivered a draft solicitation, which specified services the expert must provide, from public meetings and outreach to developing redistricting plans and conducting performance tests to ensure that remapped districts comply with federal Voting Rights Act requirements.

Commissioners, the mayor’s office, the redistricting expert and redistricting board have some runway. Results from the Census are expected a year from now, and final adoption of the revised commission district boundaries isn’t due until December 2021.

But qualifying candidates must act fast, as proposals for the job are due by 6 p.m. March 25.

Whoever gets the job must beat out others through a process overseen by a “Competitive Selection Committee,” a Feb. 19 memo from the mayor said, based on a 100-point scoring of the:

■Relevant experience and qualifications of the candidate’s key personnel, as well as the key personnel of any subcontractors assigned to the project (25 points).

The draft request for proposals attached to the mayor’s memo lists the deadline to award the project as “TBD” – to be determined.

That’s the most open seats on the dais since 1992, when Judge Donald Graham of the US District Court in Miami ruled that geographic commission districts be established. The ruling, which went in favor of Hispanic and black politicians who had sued the county, arguing that the prior at-large system diluted voting power of minorities, grew the legislative body from nine to 13 seats.

Two decades later, voters by a wide margin approved placing eight-year term limits on those seats, albeit not retroactively.

Two other commissioners not yet at the end of their terms – Daniella Levine Cava and Jean Monestime – will vacate their seats to compete, along with Commissioners Suarez and Bovo, for the county mayor’s job, another position opening up for the first time in nearly a decade.

That’s seven commissioners total – a commission majority – guaranteed to be gone by this time next year if all four commissioners go through with candidacies for mayor. But there could be more – candidates to unseat incumbents Eileen Higgins and Joe Martinez having already filed to run.

If both retain their seats, theirs will be the only ones held by incumbents after the 2022 election, when Commissioners Sally Heyman, Rebeca Sosa, Javier Souto and Jose “Pepe” Diaz are term limited.