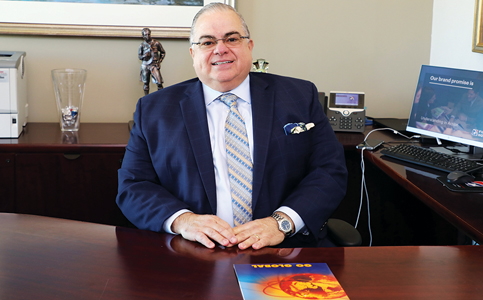 Banking may revolve around money, but for Roberto Muñoz the industry’s real currency is the relationships built between those representing a financial institution and its clientele.

That principle, and a competitive spirit that’s guided him through four decades in the industry, he said, is still what informs his work today as president of the Miami market for commercial banking and wealth management at First Horizon Bank.

“Money is green everywhere,” he said. “However, service is the key – providing the best service, the ability to understand the client, to listen carefully and then put together a program they’re comfortable with.”

Mr. Muñoz, named a “Florida Business Ambassador” by Gov. Rick Scott in 2015, has worn many hats in a banking career through which he’s facilitated more than $27 billion in economic activity in Florida, the Caribbean and Latin America.

Among other roles, he is a former chairman and president of the Florida International Bankers Association, an executive board member of the Miami-Dade Beacon Council, and a treasurer for the Greater Miami Chamber of Commerce.

“World Trade Center Miami is really the international trade and logistics organization monitoring and driving information on the strength of Miami as a hub for business activity throughout the region,” he said. “Fundamental aspects of my chairmanship have been transparency, accountability, ethics and a lack of conflicts of interest – working with the board to allow them to be participatory in all that we do.”