Advertisement
The Newspaper for the Future of Miami
Connect with us:
Front Page » Profile » Joseph Curbelo: Chairing the Citizens’ Independent Transportation Trust 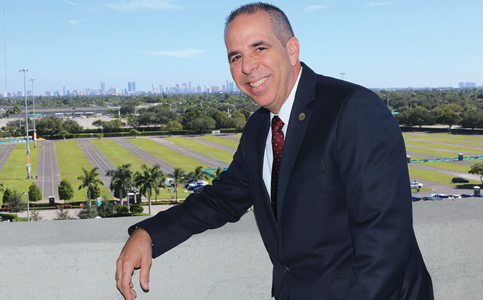 As chairman of the Miami-Dade Citizens’ Independent Transportation Trust, Joseph Curbelo leads the volunteer body that oversees funds generated by the People’s Transportation Plan (PTP) that voters approved in 2002 to expand mass transit across the county.

Like many who were excited about the prospect of seeing Metrorail spread across the county, he voted for the PTP, whose funding primarily comes through a countywide half-penny sales tax.

But when the recession hit and the PTP was rerouted to support operations and maintenance of existing transit systems, he became dissatisfied that the promises made were not fulfilled.

“I decided I wasn’t going to just complain and tried to get involved,” he said. “I researched and came upon the trust. They had open seats, and I applied. A year or two later, I was appointed by Commissioner Jose ‘Pepe’ Diaz.”

Nine years later, in September, he became the group’s chairman – a role he’ll serve in for the next two years.

Mr. Curbelo sat down with reporter Jesse Scheckner at Hard Rock Stadium, where he serves as the information technology director for the Miami Dolphins.