Advertisement
The Newspaper for the Future of Miami
Connect with us:
Front Page » Transportation » Deal would bring 750 shared electric mopeds to Miami 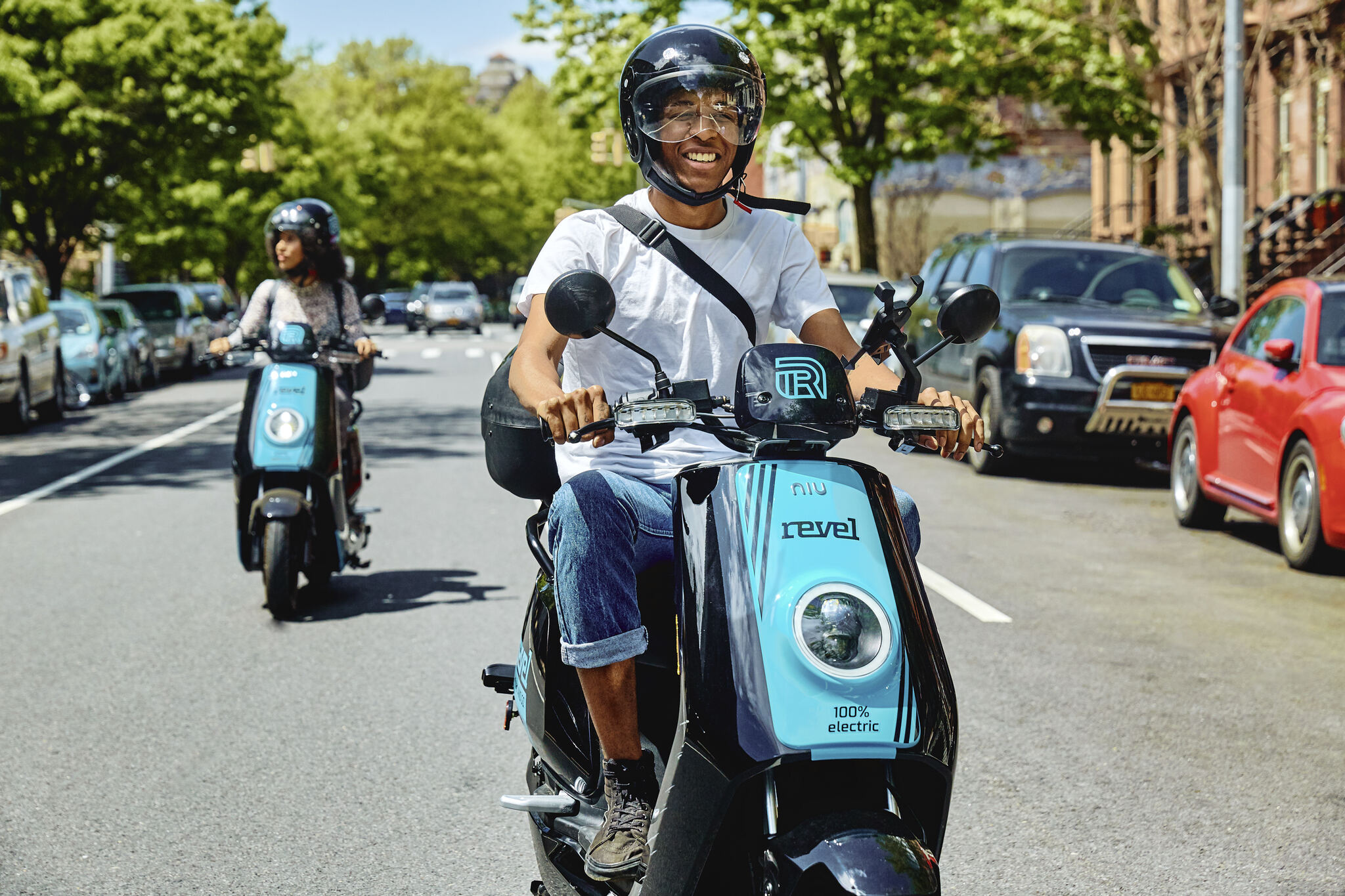 Soon, 750 black-and-blue electric mopeds will be zooming at up to 30 miles an hour through the streets of Miami.

The Miami Parking Authority Board of Directors last week gave the green light to negotiate a concession agreement with Revel Transit Inc., an electric moped sharing company. Revel was determined to be the best of three candidates that answered the authority’s request for proposals.

At the parking authority meeting, Paul Suhey, COO and co-founder of Revel, built a case for why his company would be a good-faith authority partner.

“When my co-founder Frank and I founded this company two years ago, Miami was the first city we thought of,” Mr. Suhey said.

Under the agreement, the authority would get 5% of gross revenue, which Mr. Suhey projected could bring the authority $450,000 a year.

The mopeds would be allowed to park free at authority street parking sites in an area stretching from Coconut Grove to Little Haiti and from the bay to Northwest 27th Avenue. Though riders can leave the geofenced area, they must start and end their rides within it.

The company was looking at an Allapattah warehouse and is expecting to hire 40 employees.

With dangers of scooter use a hot topic at City Hall, Mr. Suhey spoke at length on the measures Revel takes to ensure passenger safety and responsible driving – each moped comes with two safety-approved helmets.

Potentially irresponsible users will be weeded out, said Mr. Suhey, with applicants undergoing a background check on their driver’s licenses, as well as an identity check to verify their submitted selfies lines up with their licenses. Applicants will pay a $19 one-time registration.

The authority’s board unanimously approved the deal, though some were more uneasy than others. Director Stephen Nostrand lauded Mr. Suhey’s pitch, saying “You’ve just made the best presentation that I’ve ever seen here in the nine years that I’ve served.”

Several directors were wary of how the company would adapt to Miami’s idiosyncrasies and stressed the need for Revel to have a diverse workforce that looks like the city and adapt all its technology for Spanish and Creole speakers.

Directors also brought up Car2Go, a car-sharing company that partnered with the authority but failed to get traction, calling it quits in the city back in 2016.

Though she voted in favor, Director Jami Reyes said she would have liked a pilot program rather than a full agreement. She said the city’s scooter pilot isn’t working, chalking it up to scooter vendors not understanding Miami.

“Miami is a different market,” she said. “While things work in other places, it takes a lot of work to make things work here.”

The mopeds must be parked perpendicularly, with four, if not more, fitting in the space of a car. Authority CEO Arthur Noriega said moped riders will be able to take advantage of the wiggle room, with most street parking not delineated.

The mopeds will be registered with the state Department of Motor Vehicles and have a license plate and third-party liability insurance, Mr. Suhey said, adding that insurance will cost Revel 40% more in Miami.