Advertisement
The Newspaper for the Future of Miami
Connect with us:
Front Page » Profile » Louie Carricarte: Groves owner branches out to hurricane disaster cleanup 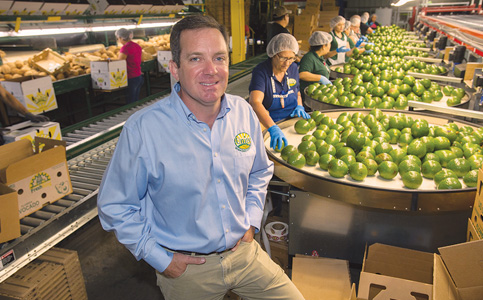 Louie Carricarte’s path to agriculture was indirect. The founder and president of Unity Groves, a produce business growing hundreds of crops across 2,300 acres in the Redland, joined his family’s insurance business right out of college.

The family element was critical, he said. After British firm Bupa bought the business in 2005, the comparatively impersonal, corporate oversight that came with it prompted him to look elsewhere for business ventures.

Over the years, the Carricarte family had invested in various properties, including some 100 acres of agricultural land in South Dade.

“We made a life-changing decision to try [the agricultural business ourselves], and here we are,” he said. “The last 15 years, my focus has been on everything going into the business, and we’re at a point where we’re doing well. It’s paid off.”

Unity started small, comprising only about 100 total acres in the beginning, he said. But like its increasing number of produce offerings, the company’s operations and area have grown steadily since, today boasting about 200 people and owning roughly half the acreage on which it operates.

“We’ve experienced pretty dramatic growth, at least 25% a year on average,” he said. “We’ve been pretty aggressive about growth.”

Continuing to grow at such a rate requires nimbleness not traditionally associated with the agricultural industry. But amid increasing geopolitical tension and international commerce provisions that give unfair advantages to nonlocal growers, he said, it’s become necessary.

“You have to reinvent yourself, be ahead of everybody,” he said. “We would love some help from our government as far as protections on imports, just so it’s a level playing field. But I see nothing but opportunity right now.”

Mr. Carricarte sat down with reporter Jesse Scheckner. The interview, recorded by Jahmoukie Dayle, can be viewed below.