Advertisement
The Newspaper for the Future of Miami
Connect with us:
Front Page » Communities » Miami looks at luxury Virginia Key hotel at civil rights museum 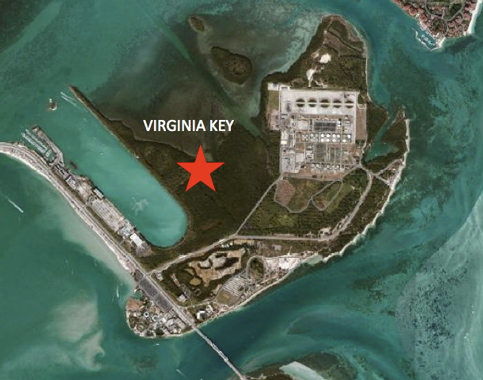 To help revitalize Virginia Key Beach and create a stable funding stream for a civil rights museum to rise there, Commissioner Keon Hardemon proposed a potential source of revenue: a luxury hotel.

“I think there needs to be something that we have to do in order to make people want to come to Virginia Key Beach like they used to in the past. In the past it was pretty simple; it was called segregation,” Mr. Hardemon told Guy Forchion, executive director of the Virginia Key Beach Park Trust.

Mr. Hardemon added, “What I want to consider is – and maybe this is something you all can start to really think about because on this dais I know we should talk about it – I think ownership is key. Whoever is the owner of this sort of venue or major partners in this venue to make it something that’s very special. But a luxury beach hotel would be a wonderful asset there with the museum.”

People of color and of low-income are being pushed out of Miami Beach with rising parking costs, he said, and the City of Miami should be on the right side of history and create a space in which people can enjoy a beach while also having access to hotel rooms and other amenities.

Commissioner Manolo Reyes said such a hotel could help make Virginia Key a prime destination for the city.

“I think we can provide a destination point there,” Mr. Reyes said. “The beach is beautiful. We have marinas, restaurants, and all the amenities near it. We have Key Biscayne close to it, and it could be a source of revenue. It is worth investigating. It is worth analyzing and studying. I think it’s a good idea.”

Commissioner Joe Carollo said that when he was Miami mayor a plan was developed for Virginia Key that would have included hotels.

But Commissioner Ken Russell denounced the idea. He cited Virginia Key’s tenuous ecology and said a Virginia Key masterplan that the public has approved does not contemplate a hotel.

“This is the most ecologically sensitive island. This is our only blue water beachfront in the entire city, and the thought of developing that – let’s just say I’m not in favor of it,” Mr. Russell said. “I’m very concerned, and a luxury hotel, I’m having a jump in my mind how that actually helps with access to that beach for the average Miami resident, much less an underprivileged resident.”

Mr. Carollo took the opportunity to mention a plan to bring the Brigade 2506, the veterans of the Bay of Pigs invasion, and the proposed Cuban Exile History Museum to a prime tourist area of Little Havana and said that effort would benefit from $1 million of the $2 million the city is set to allocate to the civil rights museum on the key. He also hinted at a pilot program that would give ownership at half the market price to city residents.

Mr. Hardemon agreed ownership would be the most effective way to help residents and favored the Cuban museum but said the $2 million intended for the civil rights museum should not be reallocated.

Though the commission passed the Virginia Key Beach Park Trust budget on first reading, the trust’s and the city’s proposed budgets weren’t the same. The divergence is to be addressed at the second budget hearing Sept. 26.